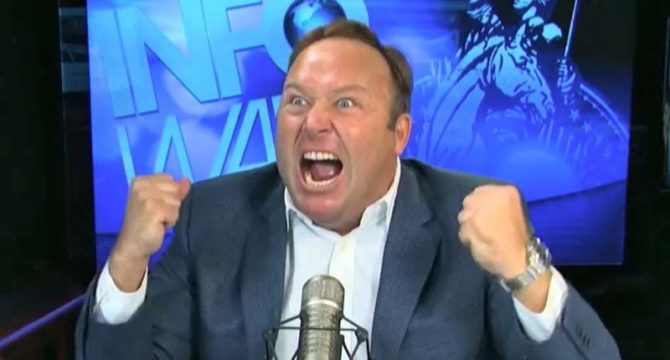 When rejected looney toon character Alex Jones was caught with an adult film featuring a transgender performer in his browsing history, he offered up an excuse that might sound valid if you’ve never used the internet.

Unfortunately for him, most people have.

Jones, who regularly rants and raves against transgender people as part of his schtick, had a window open on his phone for the video “Naughty Tbabe Mistress,” featuring Marissa Minx.

He attributed it to a “pop-up.”

Now a technology expert has offered up a breakdown of his explanation that pretty much settles the score on the whole matter.

Aaron Fors has a background in science and tech, and Jones’ sorry excuse for an excuse was miraculously easy to pick apart: 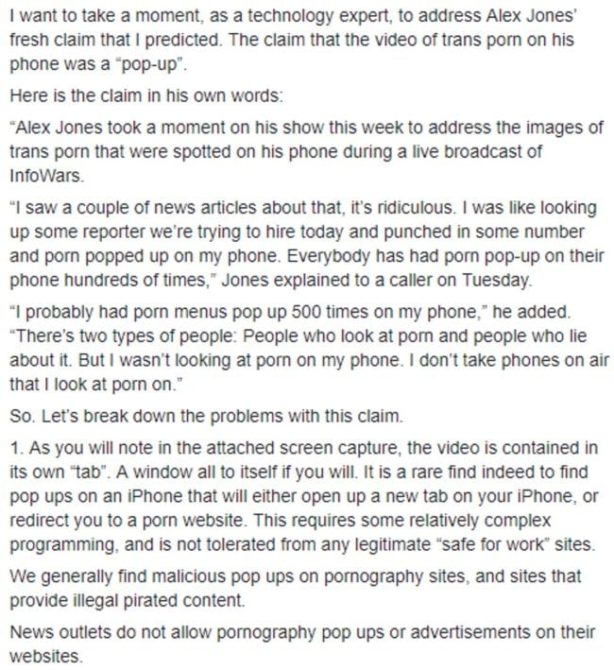 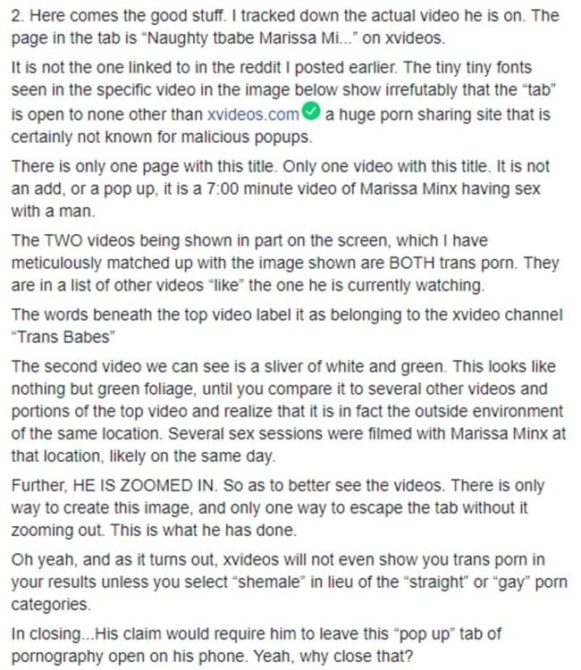