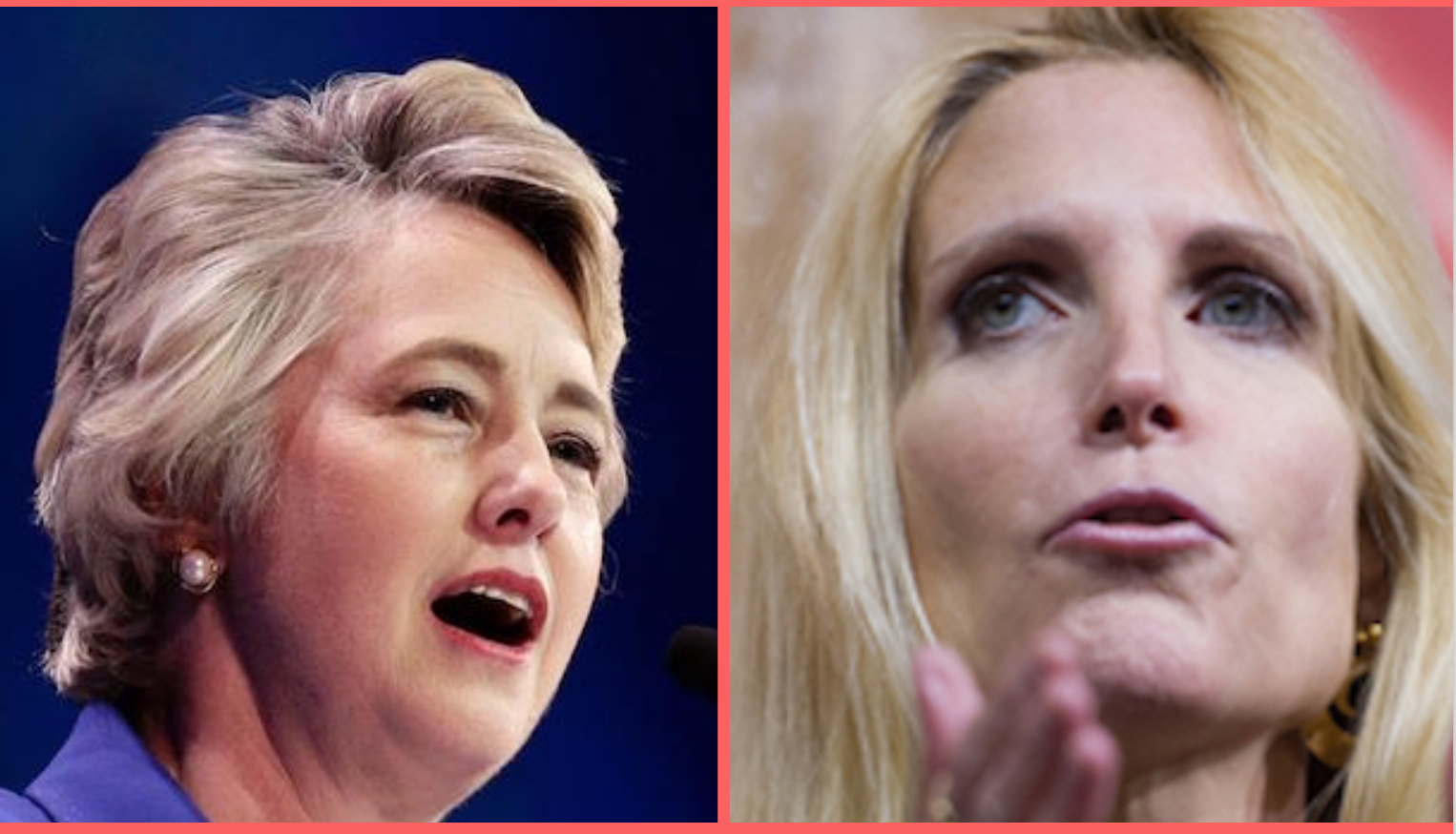 According to Coulter, God is allegedly angry about all the gay sex that we insist on having with each other.

I don't believe Hurricane Harvey is God's punishment for Houston electing a lesbian mayor. But that is more credible than "climate change." https://t.co/K7d7mopY5Q

Darn it, I thought no one knew I had a super power over weather. https://t.co/DTTfpiiTE5

Now, in her first interview since Coulter skunked everyone for kicks, Annise Parker acknowledged the tweet by saying: “You don’t try to deal rationally with stupid.”

The reason it took her three days to respond to Coulter’s latest mouthful of warm urine?

“I was dealing with busloads of people who’d been evacuated from eight and ten feet of water and I was focused on doing the right thing there. So I didn’t look at Twitter for, like, three days. And so, it was a delayed response. Someone pointed it out to me, and I just started laughing hysterically. Something that absurd, that kind of mean-spirited, absurd remark, you don’t deal with – you don’t try to deal rationally with stupid. You just run with it.”

Apparently, people are really vibing on the idea that she can control the weather with her mind.

“So now I have this whole thing going. I started getting requests for my weather powers. So, we had actually a really spectacular day today. It’s much cooler than it’s been. So I took credit for it this morning….

Some right-wing religionist or pastor or commentator makes some comment like that… those kind of comments come up again and again. I do believe in climate change and I do believe hurricanes and weather are changing, and I do believe human beings have had a significant role in this recent change in global temperatures.”

If you want to help the non-profit Parker is working with, BakerRipley, you can visit their website here.

Listen to the interview below: