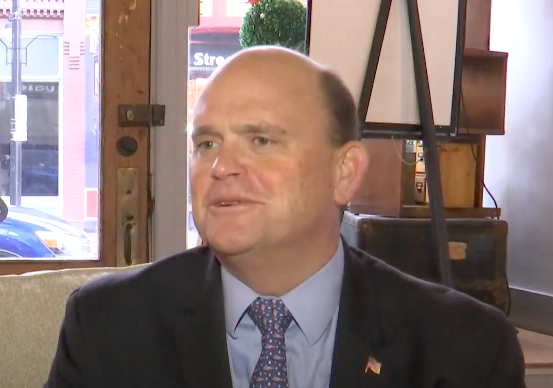 Rep. Tom Reed of New York says he takes “full responsibility” for sexually harassing a lobbyist back in 2017. Sort of.

The six-term Republican congressman, who doesn’t believe LGBTQ people deserve equal rights, hates trans people, and loves “religious freedom” laws, was been accused of some pretty disgusting behavior in a bombshell report published by The Washington Post on Friday.

Former lobbyist Nicolette Davis alleged that she was at a pub in Minneapolis with Reed when he unhooked her bra through her shirt then slid his hand up her thigh.

“A drunk congressman is rubbing my back,” she texted her friend and co-worker the evening it happened.

She then claims she asked the person next to her to help. The man pulled Reed, a married father of two, away from the table and took him out of the restaurant.

After the story broke, Reed rushed out a statement, telling CNN, “This account of my actions is not accurate.”

Shortly after that, his office put out a second statement saying, actually, he accepts “full responsibility” for what happened… then he blamed the whole thing on alcohol before calling into question why Davis was bringing up all this now.

“Even though I am only hearing of this matter as stated by Ms. Davis in the article now, I hear her voice and will not dismiss her,” he said, before mentioning that he was “struggling” at the time and was “powerless over alcohol.”

Reed then said he would not seek reelection in 2022, which is actually nothing new since he pledged when he was first elected to the House that he would only serve six terms.

Ironically, he’s been one of the most vocal critics of embattled Gov. Andrew Cuomo and has called on the governor to resign amid sexual harassment allegations.

Evidently, Reed doesn’t feel his own sexual harassment allegations, which he takes “full responsibility” for, should be cause for him to resign.