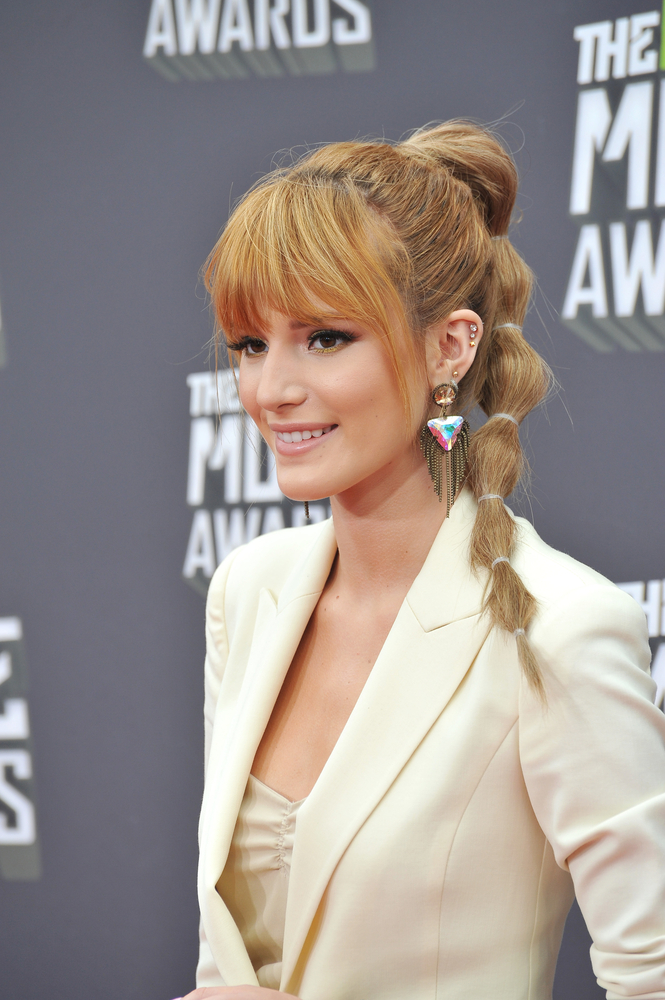 This profile is part five of Queerty’s Out For Good series, recognizing public figures who’ve had the courage to come out in the past year in the name of the public good. The series will run through National Coming Out Day October 11.

Bio: Thorne grew up in the suburbs of Miami, the daughter of an Italian-American mother and Cuban-American father. Tragedy struck when her father died in an accident in 2007, when Bella was only 9 years old. The death had a drastic effect on the family and it struggled financially. To help her mom make a living, she and her siblings began auditioning for modeling and acting jobs.

Related: Mayor Jim Watson has already done a lifetime of good. Coming out is the icing on the cake.

Thorne nabbed her first role in 2007 just after her father’s death in the drama series Dirty Sexy Money. Other roles on shows such as Big Love followed before she landed a leading role on the Disney sitcom Shake It Up opposite a then-unknown Zendaya. She’s appeared in a score of projects since, including Alvin & the Chipmunks: The Road Chip, The Babysitter, Scream: The Series and Assasination Nation, as well as in dozens of commercials and print ads as a model.

Coming Out: Though she had dated both men and women in the past, Thorne self-identified as pansexual in July 2019. She explained to Good Morning America: “You like what you like. Doesn’t have to be a girl or a guy, or…you know, he, she, a this, or that. It’s literally, you like personality, like you just like a being. [It] doesn’t really matter what’s going on, over there. If I just like it, I like it!”

Making a Difference: Never one to conceal part of herself, Thorne lives a pansexual life, focusing more on how personality makes someone sexy, rather than adhering to a certain gender type or role. Moreover, she sets an example to her young fans–she has more than 21 million followers on Instagram–as a woman who doesn’t need to apologize for who she dates or loves or for owning her sexual prowess.

All your thoughts about my book are making my head spin ?? I love u guys ??????#thelifeofawannabemogul 4 DAYS 7/23

Beyond floored from all the love #thelifeofawannabemogul best seller ??????

Currently wishing ur Sunday looked like this? Hahah yeah me too but I’m on set currently ?