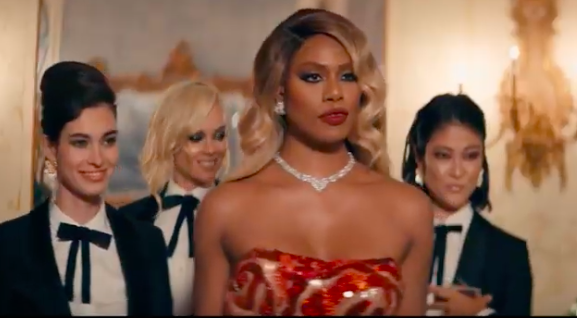 But it may warm your holiday spirits to know that LGBTQ people are an increasingly regular part of holiday ad campaigns, even during NFL commercial breaks. Sometimes we’re popping up as part of a mix of families and other times we’re front and center.

Here’s a look at several that have already popped up to get us into the shopping mood: 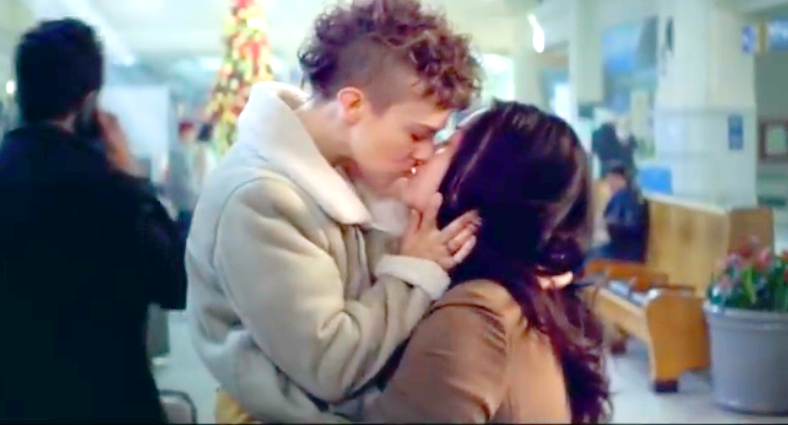 Amazon’s singing boxes are back for the holidays, this time with a version of “Everybody Needs Somebody” from the Blues Brothers in a spot that appeared during an NFL game.

It starts with a toddler playing the song on a toy piano, then a female Amazon delivery driver sings as she tools around town with packages, joined by more cute kids and an off-tune singer on the bus with headphones. In an airport, a young woman runs and jumps into the arms of her partner and they kiss passionately. 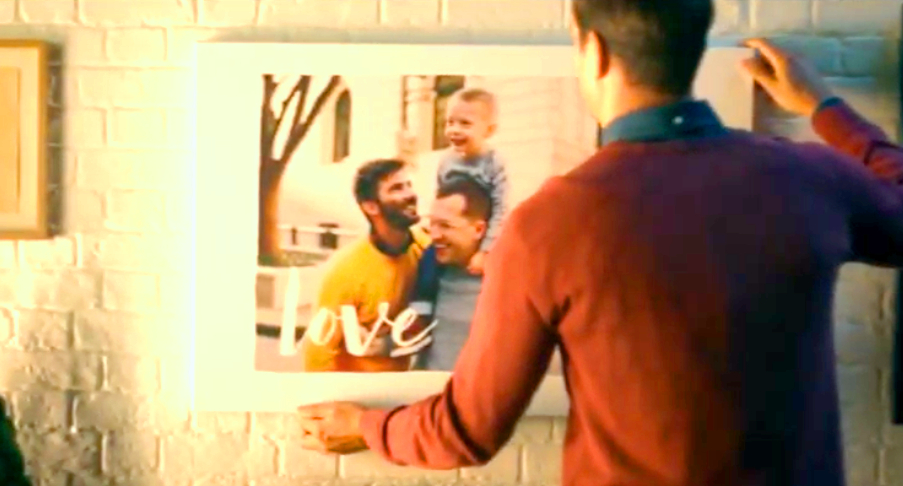 The photo-sharing service’s first ad in years pokes fun at the stereotypes of holiday advertising by focusing on diversity. The narrator says, “For every ‘This is my perfect family thing,’ there’s the ‘Our dogs are our family thing,’ and the Cat Mom thing,” .. “there’s the Single Parent thing and the Pride Parent thing…” showing a man hanging a photo of him with his husband and toddler son.

Levi’s also focused on a diversity message during a recent NFL game, with a rare ad that specifically includes the word “gay.” People from all over the world dance and at the end the words “men, women, young, old, gay, straight,” rapidly appear followed by the message, “Let’s live how we dance.”

Following closely on the spiked heels of a Pride campaign with Laverne Cox, she now appears as a glamorous girl throwing an amazing indoor-outdoor party. “Oops” by Ella Fitzgerald plays and the tagline is: “Here’s to Not-So-Silent Nights.”

Featuring the fabulous Sam Smith remake of the disco classic, “I Feel Love,” this slice-of-life bonanza includes a male couple arriving for the holidays, and also refers to a “chosen” family — which conveniently rhymes with “Frozen,” the Disney movie young girls (and some boys) love.

In this spot about taking a vacation, which also appeared during an NFL game, male and female individuals and couples integrate so completely (and briefly) you almost miss them.

There are surely more LGBTQ holiday spots under the mistletoe, just keep watching.

Michael Wilke has covered LGBT issues in advertising since 1992, is the founder of AdRespect.org, and Senior US Consultant for LGBT marketing and diversity firm Out Now.