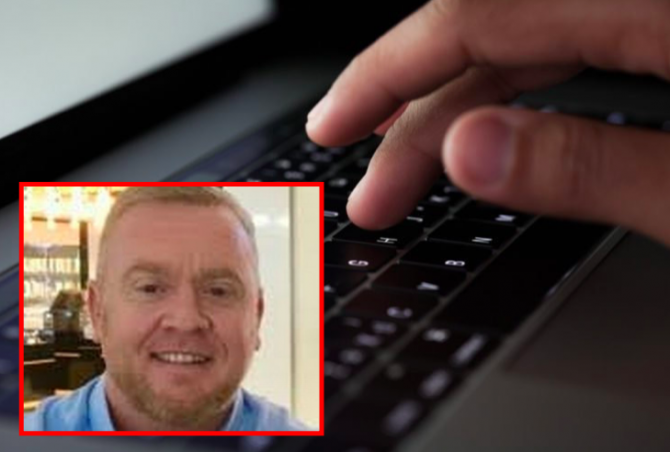 A police officer from Scotland has caused quite a headache for himself after he confessed to another police officer to fictitious sex crimes he did not commit.

It all started last spring when 51-year-old Ryan Ballard created a profile on the online chat forum ChatStop. In his profile, he claimed to be a bisexual married man with two sons ages 11 and 15 and a daughter who was nine.

He then proceeded to engage in at least three conversations with an undercover police officer, during which he confessed to engaging in inappropriate behavior with his daughter, detailing all the things he had done sexually with her.

The conversations carried on from May to August of last year before the undercover officer finally alerted the department’s Internet Investigations Unit. Ballard was swiftly suspended from his job, arrested, and charged.

And this is where things take a bizarre turn.

It didn’t take investigators long to realize that Ballard was lying. Though he was married at the time and he does identify as bisexual, he doesn’t have any kids, nor did he ever molest any nine-year-olds.

He basically just made the whole thing up.

Why? Nobody knows. Not even Ballard, it seems.

Ballard resigned from his job and pleaded guilty to a charge of sending offensive messages and sexually explicit messages in regards to sexual activity with a minor.

Prior to this week’s sentencing, Ballard’s attorney, Lynn Beaumont, asked the court for leniency, stating her client was a first-time offender and there has a low risk of him reoffending.

“He stays with his family in the attic and is isolated,” she told the court. “He has lost many friends and colleagues as a result of this offense and the ability to integrate with others.”

Beaumont also noted that he has since split up with his wife and he no longer uses the internet.

“He is disgusted by his behavior,” she said.

The judge took into consideration that Ballard had lost his job, his wife, and his friends, and noted that it was “fortunate” no real children were involved and ultimately sentenced the disgraced ex-cop to 12 months probation, during which he must register as a sex offender and have all his internet use monitored.

Ballard is now in a new relationship with a man who is stand to be “standing by him” though all this.

Related: Cop busted for selling his body for sex on kinky adult website