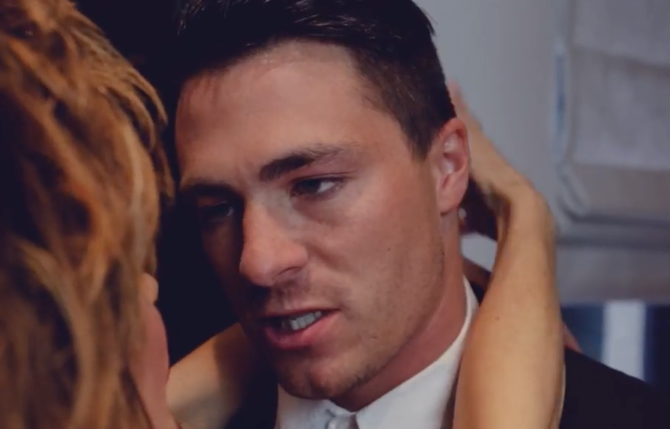 So here’s the basic setup: What if — and bear with us here — what if Annie, the lovable befreckled tot who stole our hearts as she yearned for a better tomorrow (we could all use one of those) wasn’t actually the bright little girl we all remember. What if she wasn’t a little girl at all, but instead a vaguely aging redhead named “Grannie”?

You’d think that might mess with the charm of the show, but with Kathy Griffin as “Grannie” and Colton Haynes as “Daddy Warbucks,” what could go wrong?

Well besides the ripe opportunity to officially call Colton “Daddy,” (there’s speculation he’s headed towards real fatherhood soon) it would seem that much could, and does, go wrong in the below clip:

Oh, and for some reason Real Housewives of Beverly Hills star Lisa Rinna is there to round out the trio with “Miss Hannigan.”

Grannie was crafted by comedic duo A Brit And A Yank (James Stapleton and John Raphael) to celebrate the 35th anniversary of the iconic 1982 musical film Annie. The project was written, produced, shot, edited, and directed by A Brit And A Yank.

Its inspiration was the original 1982 trailer: