Do we consume Snickers, Skittles, M&Ms, Doritos, McDonald’s or Burger King? Even if we might like to believe we under-index in less-than-healthy food consumption, marketers are now hawking these packaged and fast-food products to LGBTQ consumers, at least around Pride.

This year for the first time, Snickers parent company Mars Inc. introduced a rainbow version of its logo in the UK and launched a #BeWhoYouAre campaign. Mitch Oliver, VP of Marketing for Mars Chocolate UK, told its media partner Gay Star News, “We all know Snickers tells us ‘you are not yourself when you are hungry.’ Now it will tell us ‘your friends will accept you whoever you are, in all your colors.’”

Rainbow-packaged Snickers bars will be given out at Pride events in the UK. The company does not yet plans to bring its rainbow Snickers to the US. 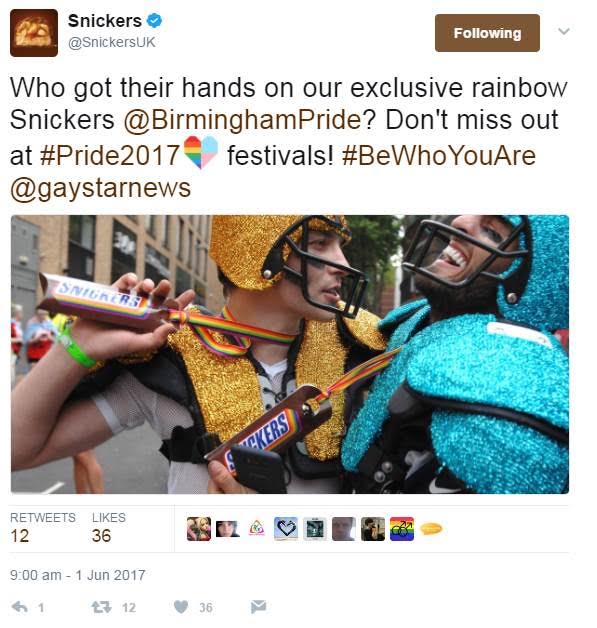 Snickers declined to share its LGBT demographics, but according to consumer research firm InfoScout, the world’s most popular candy brand appeals strongest in the US to African-American consumers earning less than $20,000 a year who are 25-34 years old and have not gone to college.

Snickers may still have some cleaning up to do after its failed $1 million Super Bowl commercial in 2007, pulled immediately after howls from the gay community and before it could run during NASCAR. The spot featured two car mechanics who end up eating a Snickers simultaneously from both sides, Lady & The Tramp style, then violently overcompensating for their accidental “kiss.” Different endings include beating each other up or drinking windshield wiper fluid.

“We have responsibility to reflect society,” Snickers’ brand director Christoph Weber told Marketing Week. He added there is “definitely” more work to do when it comes to brands focusing on the LGBTI community in advertising, and that Snickers is “very much at the start of this journey.”

A few years ago, M&Ms ran an image on Twitter that caught many by surprise, featuring a female pair holding hands over one knee at the beach. A note from Ms. Green says, “It’s rare Ms. Brown and I get to spend time together without colorful characters barging in.”

M&Ms are back this year with a campaign outdoors in New York City and on Instagram, with a rainbow of the candies noting, “Love what’s on the inside.” 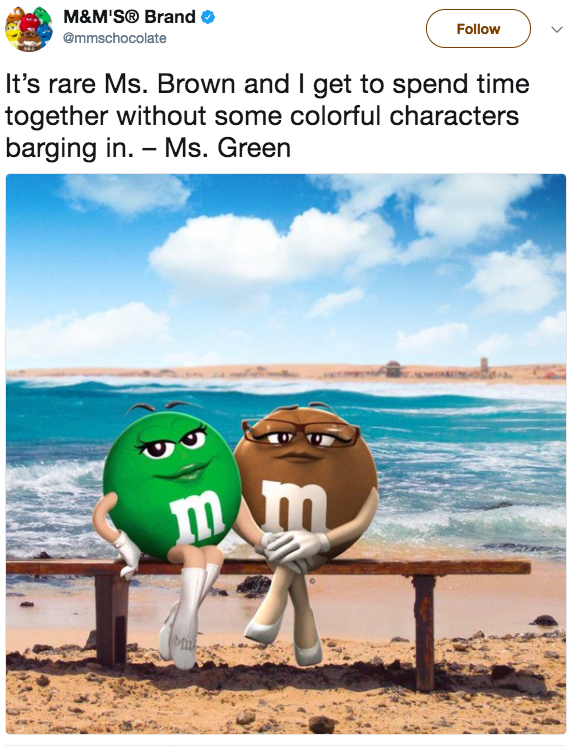 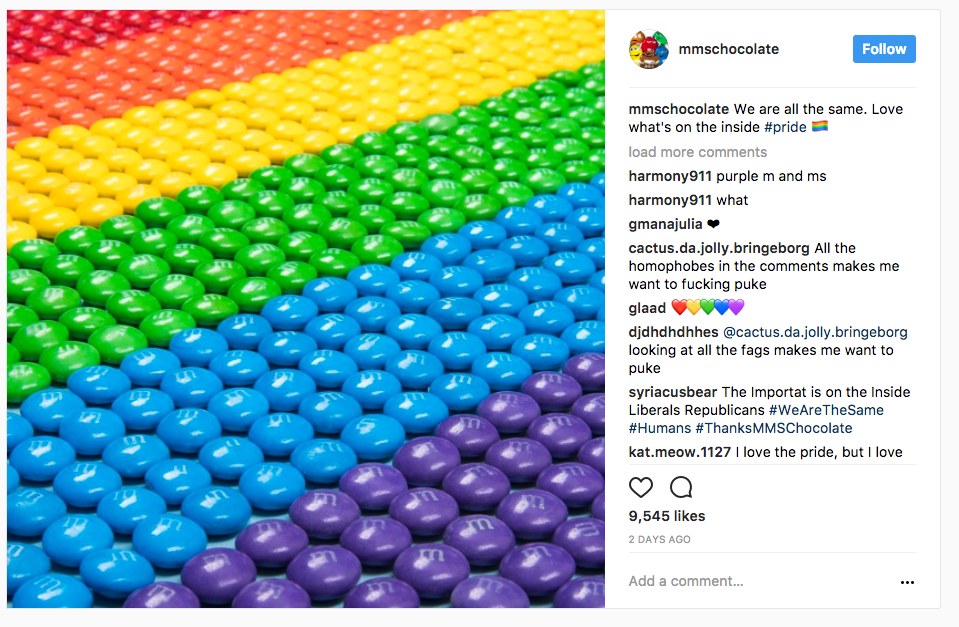 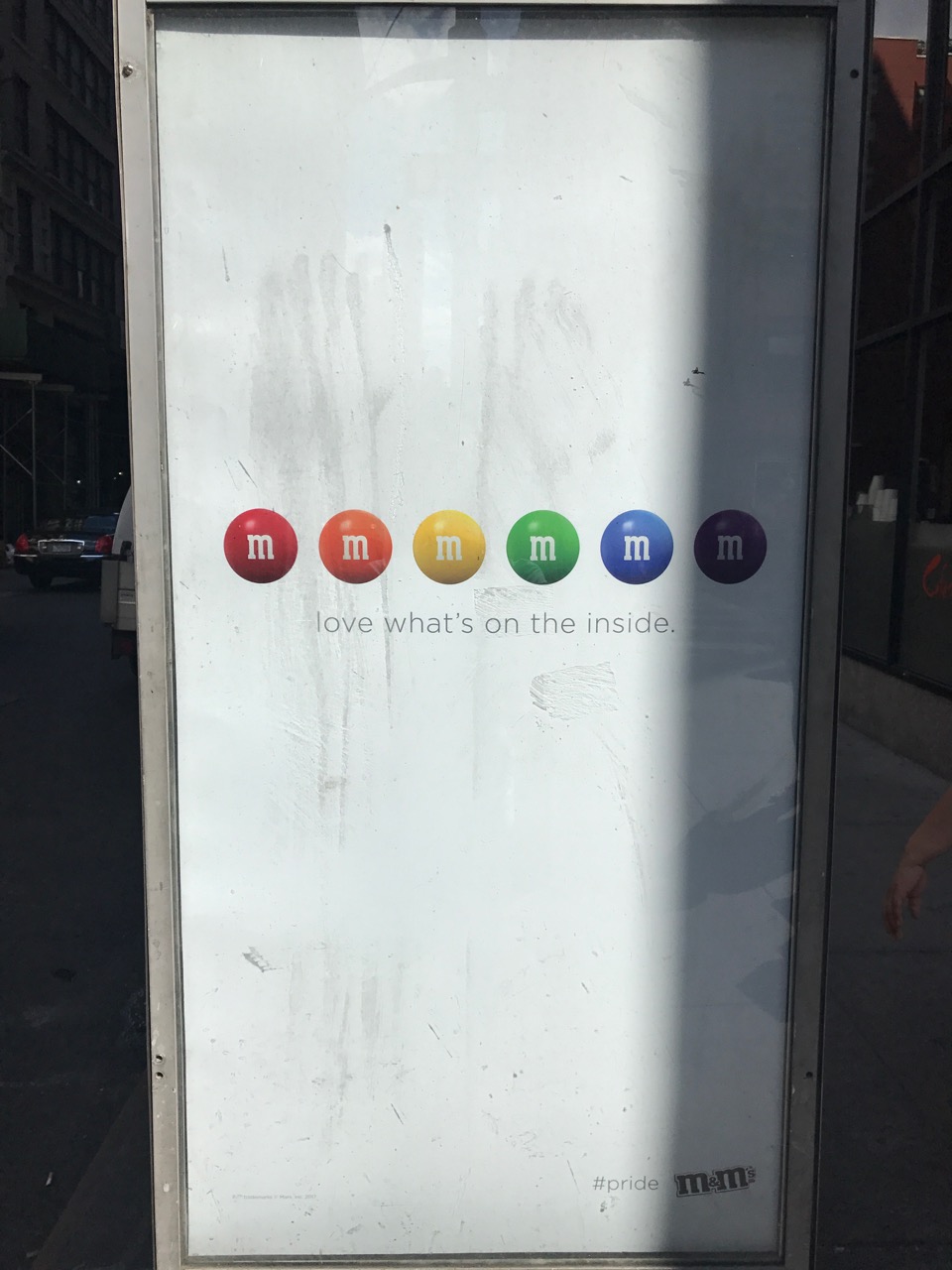 McDonald’s is also adding a rainbow this year to the boxes of its fries, but only at a few of its gayest locations in the country — in nine San Francisco Bay Area counties throughout June, and in Washington D.C., along the city’s Capital Pride parade. 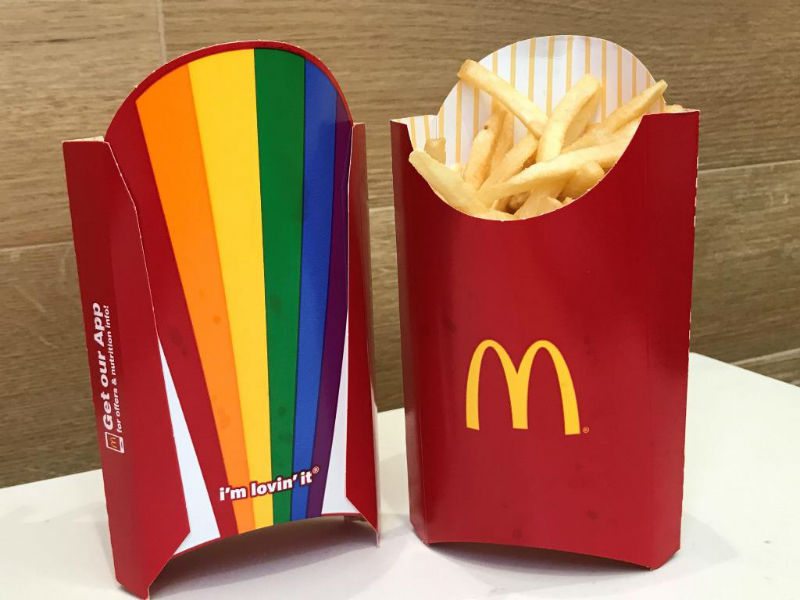 Three years earlier, competitor Burger King rolled out a “Proud Whopper” only in San Francisco, with proceeds benefitting LGBTQ high school kids. (McDonald’s isn’t giving its rainbow fries profits to charity.) Although if Burger King had been prouder of the effort, it might have brought it back since 2014. 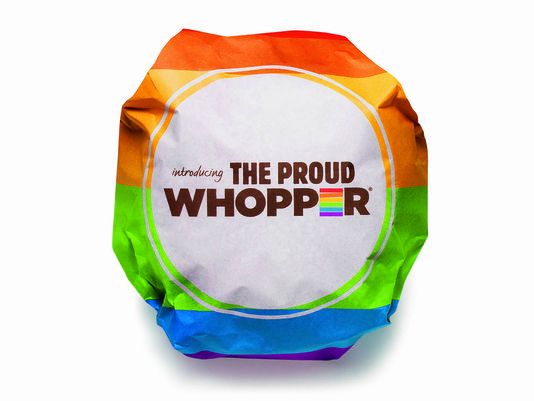 Meanwhile, taking a fascinating tact, Skittles for the second year has intentionally removed its rainbow colors in honor of Pride month in London, replaced by black and white packaging. It is one of few brands to repeat its Pride effort more than once.

Parent company Wrigleys said, “During Pride, only one rainbow matters, so we’ve given up ours to show our support.”

In its video, the narrator says, “So this is kind of awkward, but we’re just going to go ahead and address the rainbow-colored elephant in the room. You have the rainbow, we have the rainbow and usually that’s just hunky-dory. But this Pride, only one rainbow deserves to be the centre of attention – yours. And we’re not going to be the ones to steal your rainbow thunder, no siree.” 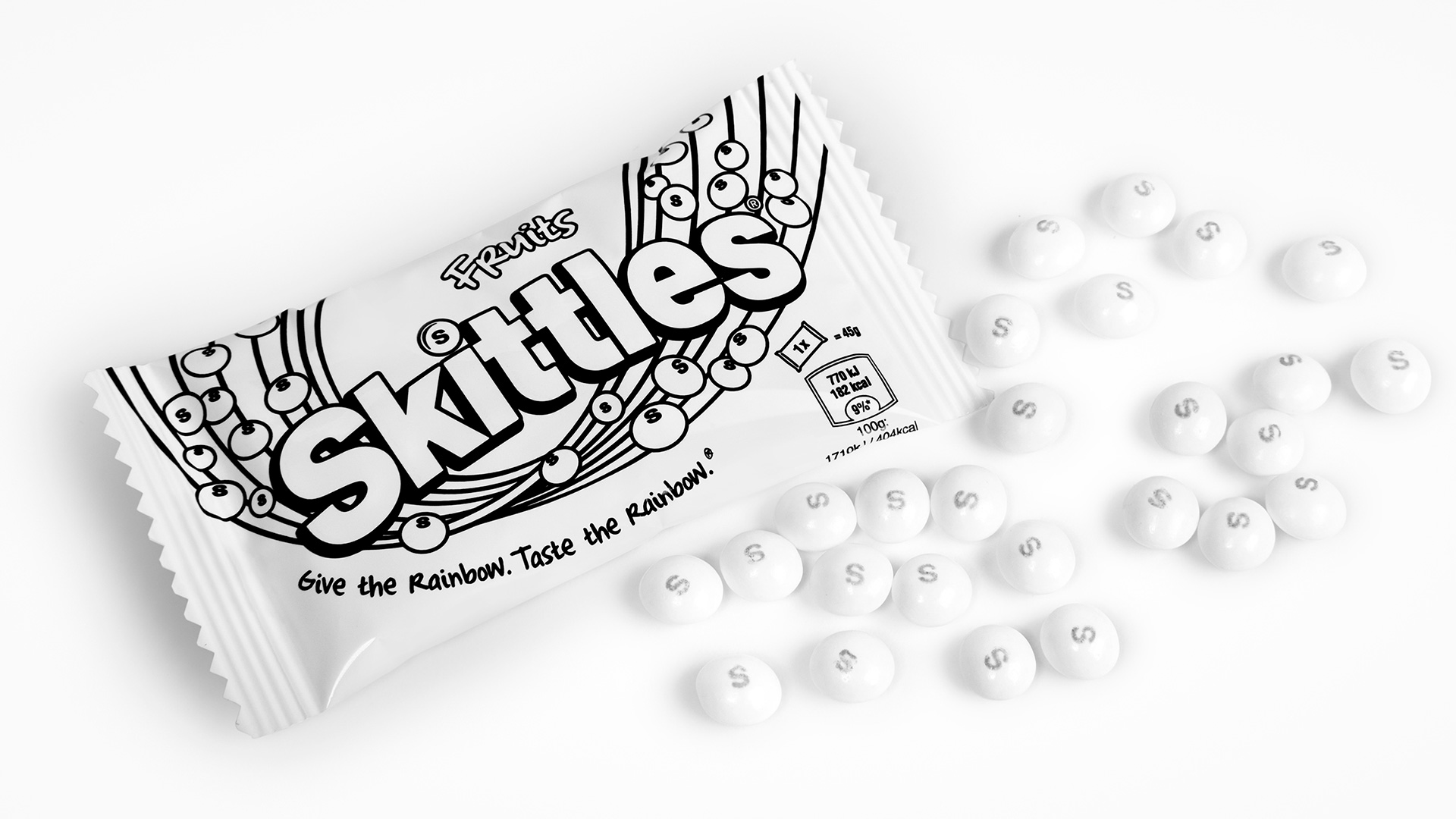 And back in 2015, Doritos creatively introduced rainbow colored chips and packaging in the US, sending a bag to anyone giving $10 or more to the It Gets Better campaign (the nonprofit earned $100,000). It included a GIF stating, “There’s nothing bolder than being yourself.”

Frito-Lay chief marketing officer Ram Krishnan said in a statement: “Time and again, our consumers have shown us, there really is nothing bolder than being true to yourself and living life to the fullest. With Doritos rainbow chips, we’re bringing an entirely new product experience to our consumers to show our commitment toward equal rights for the LGBT community and celebrate humanity without exception.” 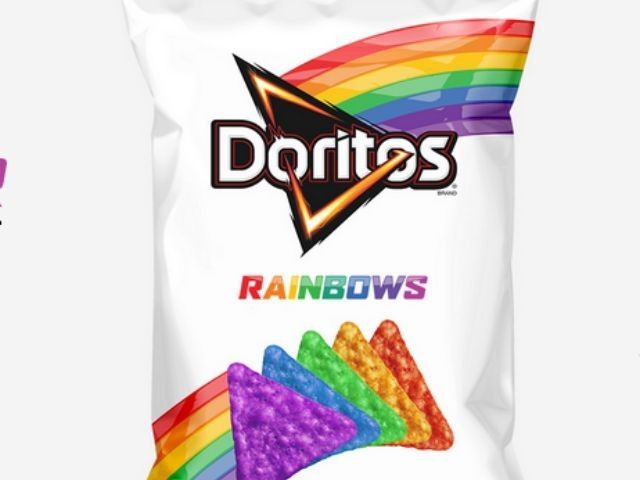 If all the sugar, chocolate, salt and calories seem to be too much, don’t worry. Gym company Equinox, which operates in the US, Canada and UK, partnered with New York’s LGBT Community Center this year to create the LGBTQ Alphabet, a special video designed to explore “who you are and how you love.”