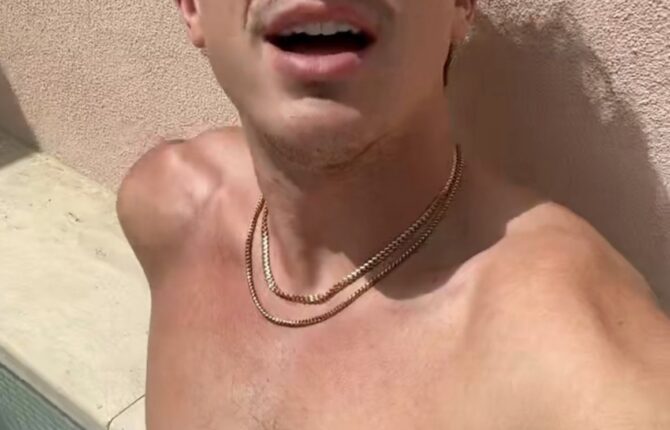 Charlie Puth has been putting up top 40 hits for the better part of a decade, but his prolific thirst trapping of late has upped his advertising game 1000-fold. Read on for his deleted vapor-inducing video, in which Puth bares more than ever before.

His Insta posting and his Tiktok presence have both gotten spicier since the pandemic began; we were all feeling some kind of way that first month or two of quarantine, but Puth has blessedly kept that energy.

We should note his online presence isn’t all thirst; he’s always posting new song ideas on Tiktok, as well as demonstrating his perfect Puthy pitch.

As for the recently-deleted new video from Puth, you can find it reuploaded to Twitter here. Or here, if that one gets deleted. Or here, because who doesn’t love covering their bases!

We hope Puth knows that we too are just one call away any time he wants.

For even more thirst-quenching content, check out the video for his latest single “That’s Hilarious”: