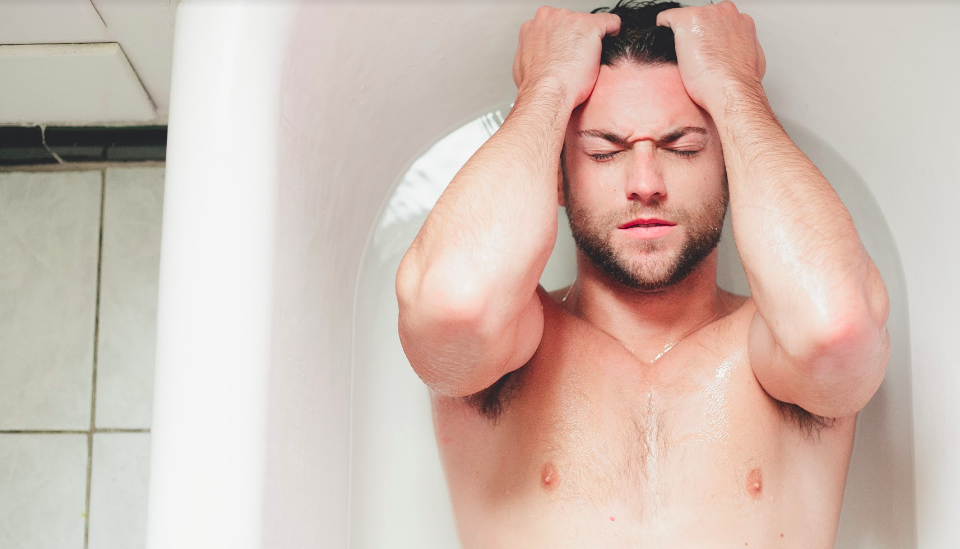 There are a lot of motivational posts on Colby Melvin’s Facebook page these days.

Memes about being kind to yourself, pulling yourself out of dark places, reasons for getting sober.

Sober? Yep. America’s 31-year-old underwear sweetheart, businessman, entrepreneur, the man who can pull off a jockstrap, literally, and still look as innocent as his baby blue eyes—or are they green, hazel, gray? Aye, there’s his mischievous rub—is back from a rough couple of years of depression, despair, and drugs.

He’s also ready to talk, his voice something he’s never been afraid to use.

Speaking to Colby on the phone in Louisiana, where he now lives, again, with the parents who raised him, he didn’t shy away from a single question or tell me any subject was off-limits.

If he bared anything to Queerty, this time it was his soul.

A variety of things. It started a few years ago. There’s something about being in the public eye. Your life becomes public property. Everyone is criticizing or weighing in or judging. It’s hard for it not to get to you.

I saw myself starting to withdraw. I turned to drugs as a way of escapism. I was already handling my bi-polar disorder and depression. Drugs started taking over my life where it became my life. I withdrew from all my friends. I’d be borderline agoraphobic and go for weeks without leaving the apartment. With my depression, there would be no sleep.

For me, it became that drugs were not just a way of having fun, it just became routine, a way of not having anxiety and dealing with feelings. I did so much in my twenties, I traveled the world, I had all these amazing experiences. Part of me was like, ‘Alright, there’s the peak, how are you going to top that?’ I’m not 25 anymore and people were like ‘Oh, he’s getting old.’ Or you have one burrito and people say you’re getting fat. I lost my self-esteem, I was just drifting, not moving toward anything. I didn’t see anything for my future, so I just stayed in this rut.

For how long and what did you use?

I had done drugs before, I don’t know, but it became a daily thing for about two years. My vices were GHB and Cocaine. I didn’t really drink. I’ve cleaned off of everything. 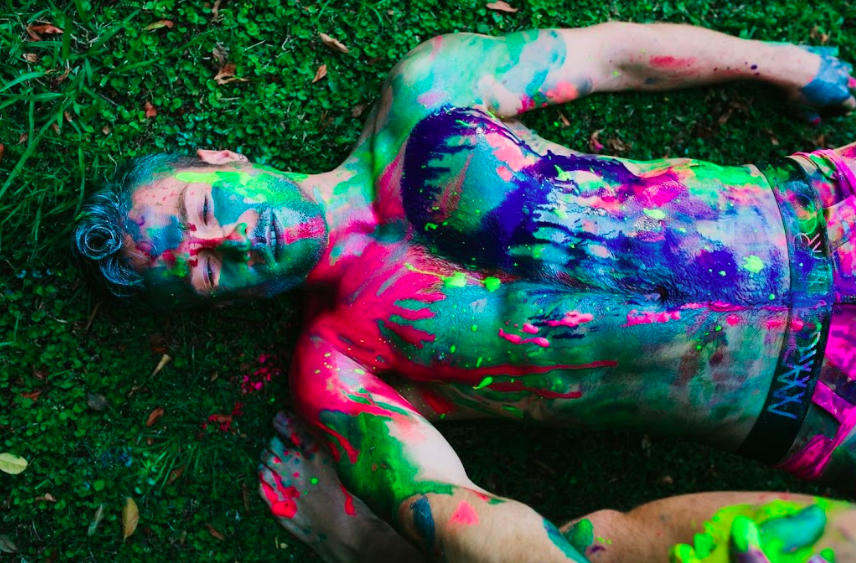 How did you pull yourself out?

I knew that my only chance of having a bright future was to get healthy again. I hadn’t been going to the gym for about three years. So I did a complete overhaul of my life. I moved back in with my family, I wanted to be close to them and I knew they’d be the support I needed. I also needed to remove myself from the things that made me use. I went through detox. I went to a treatment program. Not going to lie, it was hell. I also got off all of social media for six months. I didn’t open an app. I didn’t open a web page. It really fucks with our heads.

How do you stay sober? Do you go to meetings?

I went to rehab in Lake Charles. I did 10 days. It was a little too Jesus-focused for me, which I don’t prescribe to. It got me through the beginning part. I tried to do NA and AA meetings, but for me personally, I don’t connect with the message as much and I don’t find them useful in my own recovery. I don’t attend those meetings now. I find my solace in my routine, the gym, my health, changing the way I live.

How are you doing now?

Learning to live in the world again is not an easy process. But it’s been almost five months. And I can honestly say I have not been this happy, healthy, positive, in a very, very, very long time. I’m working out every day for two hours. I’m in control of my life again. I’ve reconnected with old friends. Soon I will be going to grad school to get my Masters. The only place I was headed was either depression or death.

Getting sober is the best gift I could have ever given myself. Life is too short to live with regrets. It happened, I can’t change it, I’m not proud of it, and now I can move forward.

Related: Model Colby Melvin on why he prefers connected sex to random hookups

How can the queer community help people to get and stay sober?

We treat people with addiction almost as degenerates, almost pariahs. How can you be so weak? That’s the absolute worst way to look at people. The biggest thing we can do as a gay community is to quit judging, be supportive, and make people not feel so bad about themselves when there is a problem. People don’t chose to be an addict. We should be a lot more loving and supportive. Because when you’re in the middle of it, you don’t want to admit it.

Do you think the queer community enables drug and alcohol abuse?

We might be a little more susceptible to it, just like mental health issues. We have to deal with more issues than straight people.

What about the nightlife scene?

People go to parties to escape from their lives, to have fun, and drugs and alcohol are a form of escapism. A lot of my job was traveling all over the world to these parties and having fun. It’s hard to relax when you’re completely sober. When you have this little helper, why not?

What are you doing next, career-wise?

Part of my life is over. That chapter is closed. I won’t be doing parties and nightlife and that sort of stuff. I’m ready to be adult, if you will. My life has been complete chaos for over a decade. I’m about to turn 32, and I’m ready to be, almost, more normal. People always glorify what fame really is. But I’m here to tell you it’s not what it’s cracked up to be.

You recently put up a JustForFans page. Why did you go that route?

I ventured into it because, with the addiction stuff, I was letting a lot of work slide. It’s incredibly good money for no work. There’s absolutely nothing wrong with it. I don’t think anybody should be slut-shamed for doing it. If you’re comfortable doing it, do it. Financially, I was not in a great place, so I thought, Why not just make money on it?

You talked about social media earlier. Why do you think people are so cruel on the Internet?

Jealously, or they are unhappy in their own life. If they are going to take the time to be vicious or cut someone down… people who are happy don’t do that. People gain nothing by being ugly or mean to other people online. It comes from their own demons. I’ve had a lot of support but over the years there have been plenty of people hoping and waiting for me to go down and fall.

What do want to tell anyone reading this who’s struggling with getting sober?

The biggest thing I can say is that, until you have a strong will and desire, and are no longer bound by the chains of addiction, you’re going to have a hard time. Take it one day at a time. It’s a process that will be ongoing for the rest of your life.

Every moment sober is something to be proud of.