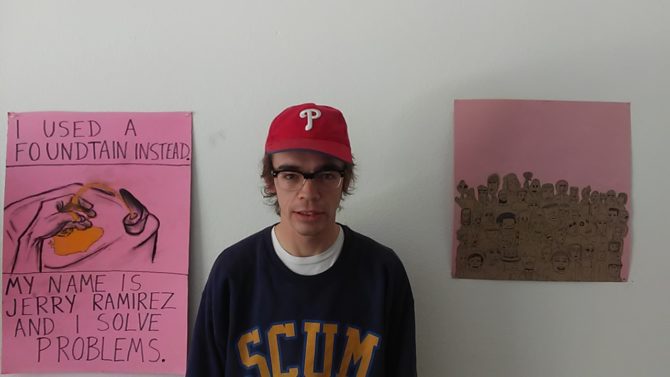 A student at UC San Diego has cracked the code on how to deal with obnoxious antigay street preachers.

Jerry Ramirez is a Visual Arts major at the college. When he recently spotted an antigay preacher trolling around on campus, he decided to take matters into his own hands.

He jumped up onto a trash can next to the guy and started loudly repeating everything he said but in slightly different words. For example:

Preacher: If you listen to Elton John all the time, you might get to gay!

Jerry: You can catch gayness from listening to Elton John, please be aware!

Preacher: Theater is infested with the gays!

Preacher: Just because you major in theater does not mean you’re gay!

Jerry: However if you do major in theater, you might not be gay it’s just a higher possibility!

A video of the exchange was captured by Jerry’s roommate, Joris Kanowski, who tells The Tab, “We indeed wanted to troll the preacher by belittling him.”

So far, the video has received over 1 million views, making Jerry an overnight Internet celebrity. No word on what became of the preacher.

Check it out below.