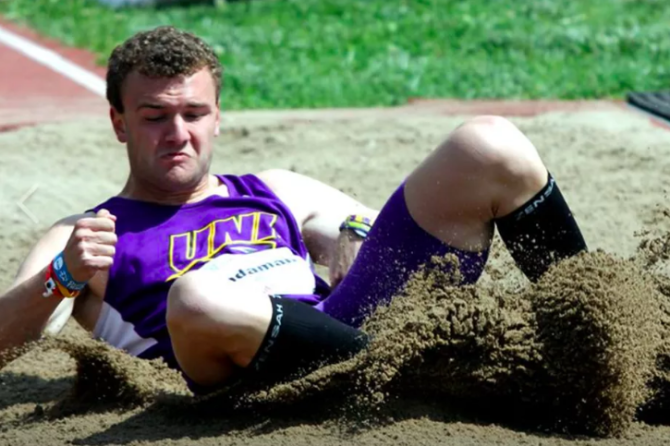 Ben Lindaman is a graduate of the University of Northern Iowa where he was a 4-year member of the Men’s track & field team as a decathlete. Growing up, he always knew he was gay, but he wasn’t totally comfortable with it.

“I observed my fellow peers and classmates who were ‘different’ and the way they were treated,” he recalls in a new essay published by Outsports. “I was infused with the ideals that society preaches about aspiring to heterosexual marriage.”

These confusing thoughts were only compounded with the success I achieved as an athlete on both the high school and collegiate level, where homosexuality is not universally accepted. … In my mind, it was just easier to fall in line with society and suppress those gay thoughts as much as I could.

So he kept a low dating profile, relying mainly on apps to meet guys and keeping the relationships a secret. One of the guys he met was, as he describes him, “a very handsome man who worked at Dyson in Chicago.”

Related: How this teen athlete used weightlifting to overcome depression and accept his sexuality

During his junior year at the University of Northern Iowa, Ben returned home for Thanksgiving break. He had no idea when he got there that he was about to come out to his family.

“My mother said during a family dinner that she had her eye on a $700 vacuum made by Dyson,” he explains.

Immediately, Ben thought of his handsome “Dyson friend.” He texted him about the vacuum. The friend wrote back to say he could get it for Ben for just $200.

“I was shocked at such a significant price dropped and was ready to sign on the dotted line,” Ben recalls.

There was just one teeny tiny problem. How would he explain to his mom how he, a penniless college student, managed to score a $700 home appliance? 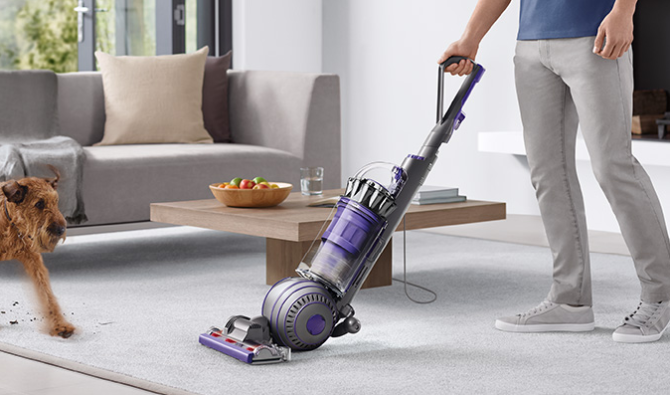 Before he had a chance to come up with a believable story, Black Friday rolled around.

My mother was thumbing through the local ads in the paper and spotted that $700 vacuum for a grand total of $600! Anxious to jump on that “deal,” she encouraged me to get in the car to go pick up this Dyson vacuum. In the back of my mind, I could not in all good conscious let my mother overspend on a vacuum that I know had a significantly reduced priced waiting for her in Chicago.

Unable to think up a convincing lie on the spot, Ben broke down and told his mom everything–that he was gay, that he had a “friend” who worked for Dyson, and that he had already gotten her the vacuum at a $500 discount.

“I still love you with all my heart,” his mom replied.

Coming out to his mom and seeing her response gave Ben the courage to come out to teammates back at school.

“To my relief, I received nothing by positivity and outreach from the dozen or so friends and teammates that I came out to over my junior and senior years,” he says.

All the worry and anxiety Ben had experienced over the years proved to be for naught.

“My ultimate hope when people read this story is an understanding that it is okay to be unconventional,” Ben concludes. “Whether it is being an athlete who is gay or coming out over a vacuum discount, it’s your life and you have to be in control of what you do.”

“That’s something we all can aspire to do, whether we’re gay or straight: taking ownership of our lives and not watching it from the sidelines.”

Oh, and as for the vacuum, Ben says it “works great.”