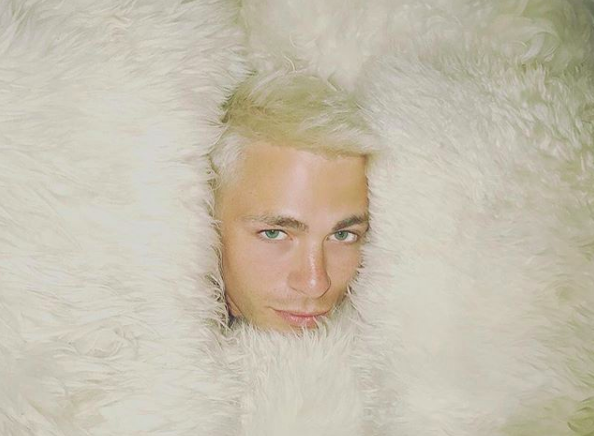 Colton Haynes was feeling especially rosy on Instagram over the weekend.

The 30-year-old actor shared a picture of himself with his 6.7 million followers. In it, he is lying in repose with a giant blooming rose on his forehead along with the caption: “La vie en rose.”

Some wondered if perhaps it might be a reference to Colton’s ex, celebrity florist Jeff Leatham.

“The rose from Jeff?” one person asked.

The couple was married last October but filed for divorce just six months later, citing “irreconcilable differences.” Then last month, Gus Kenworthy, who is a close friend of Colton’s, told US Weekly that the guys were “working on things.”

More likely, it’s a reference to the song “La Vie En Rose” off the soundtrack of A Star Is Born, which was released last week. But, hey, we’re allowed to dream, right? We just want to see Colton and Jeff live happily ever after!