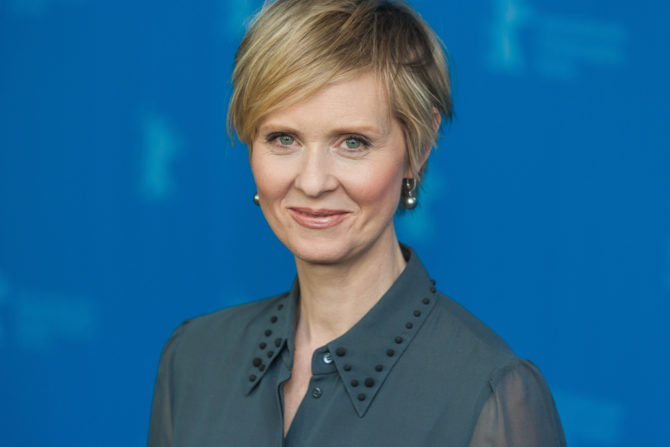 The majority of House Democrats from New York are calling on Democratic Gov. Andrew Cuomo to resign in the wake of mounting sexual harassment allegations being made against him and his botched handling of COVID-19 deaths at state nursing homes.

And everyone’s talking about Cynthia Nixon.

As you may recall, the Sex and the City actress ran against Cuomo for the Democratic nomination to be Governor of New York back in 2018. But after being outspent 10-1, called an “unqualified lesbian” by another female politician, and accused of being an anti-Semite in a campaign mailer sent to heavily Orthodox Jewish communities, she lost by a whopping 30 points.

Governor Cuomo is mad that @CynthiaNixon has called him out for never attending a mosque in 8 years in office.

Now the official NY Democratic Party is paying for his mailers that are trying to divide and conquer New Yorkers. Shameful.

But it looks like she may be getting the last laugh now that his political career appears to be over after a sixth woman has come forward to accuse him of sexual misconduct. Nixon’s name has been trending all afternoon on Twitter.

New York could have had Cynthia Nixon as governor AND prevented a "Sex and the City" reboot.

Remember when everyone treated Cynthia Nixon like a joke for trying to run against Cuomo? She def wouldn't have gotten Me Too'd and probably wouldn't have killed all those people in the nursing homes. She's also a lot nicer.

Cynthia Nixon reading all the calls for cuomo’s resignation pic.twitter.com/6YzJyEDwmd

I remember how disappointed I was when I woke up on election day and saw Cynthia Nixon lost NY Gov. I was so on her train.

I'll never forget people watching Cuomo be….Cuomo and then deciding that Cynthia Nixon would be terrible because Cuomo said so.

remember that episode of sex and the city where miranda meets a guy who likes eating ass? Cynthia Nixon would be a better Governor than Cuomo for this reason alone pic.twitter.com/YXvcmBZZR0

Cynthia Nixon was and still is VERY QUALIFIED to play the governor of New York in any movie or series.

In the final halcyon days of the summer primary of 2018 Cardi B endorsed Cynthia Nixon and Nicki Minaj endorsed Andrew Cuomo.

Cuomo resigning would do a lot of good for a lot of people, but I hope it puts a spotlight on what could’ve been for Zephyr Teachout and Cynthia Nixon. Hopeful they’ll run for something statewide again.

When you voted for Cynthia Nixon (you is me). pic.twitter.com/4VTfVi9s6p