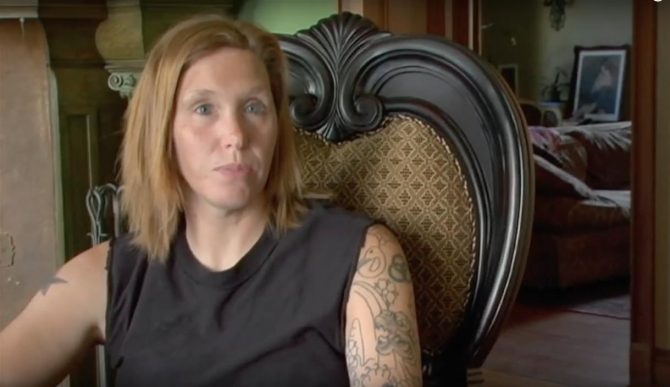 The Rythem Section: Hit So Hard

With director husbands P. David Ebersole and Todd Hughes taking the festival circuit by storm with their new doc House of Cardin, we feel compelled to offer up their earliest documentary outing about an overlooked artist. Hit So Hard details the life and career of Patty Schemel, one of the few lady drummers in the world of rock & roll. Schemel played a seminal role in the grunge rock movement as the drummer for the band Hole alongside frontwoman and gay icon Courtney Love. The film follows Schemel’s early beginnings, her struggles with coming out, her career alongside Love, Love’s husband Kurt Cobain, and a number of other important bands from the era, including Veruca Salt, Luscious Jackson, The Offspring, Faith No More and others. Schemel also details her struggles with drug abuse, her fall into addiction, and subsequent return as a wife, mother and mentor to young women in music. Harrowing as the title implies, Hit So Hard also revels in the anarchy of rock, and highlights the overlooked queer veins running through it. It’s a wild ride, and one with a great soundtrack to boot.