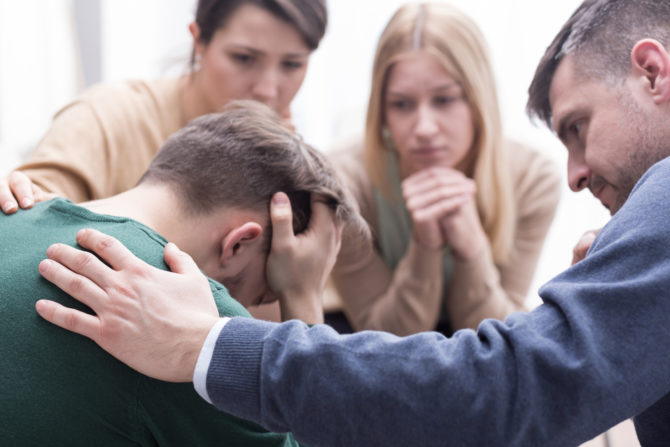 It gets better? Maybe, maybe not. As elucidated on a recent Reddit thread, some gay and bi guys still haven’t been embraced by their families after they came out or were outed as gay.

“For those of you who got disowned from your families, did they eventually come around?” the original poster on the thread asked. “How long did it take?”

Related: Parents refused to attend gay son’s wedding so he wrote this letter to clear the air

Some of the more upbeat responses came secondhand, from commenters like the guy who said his husband’s father refused to talk or even look at his gay son. “After a year of this, my husband laid down an ultimatum: either he engage with him and start working towards a relationship, or my husband would stop calling and coming home forever,” that commenter wrote. “My now father-in-law realized that this wouldn’t end well for him (my mother-in-law would have been absolutely crushed and likely would have left him), and finally started talking to my husband again, slowly at first … He even told me that our wedding was beautiful on the day of.”

Another came from a commenter whose friend came from a highly religious family. “After he came out, they told him that he was dead to them,” he said. “Several months later, his brother contacted him and told him that he had researched what the Bible said about homosexuality and that he didn’t believe that it said anything about it being a sin, and even if it was, it’s the same as gossip or murder — there are no ‘degrees’ of sin. So his brother basically accepted him. Sometime after that, his parents came around, as well, and now they are both very active in supporting gay rights and pastor a gay-affirming church.”

Other commenters, though, have not been so lucky. “My mom will now talk to me over the phone. It’s a bit uneasy, we’ll have a 10-15 minute conversation every few weeks. My father though… Last I saw him, he told me if I ever came around, he’d put two bullets in my head. The only contact I’ve had with him since was when he had my mother ask me for a substantial sum of money.”

Meanwhile, one guy cited his family’s Mormonism as the roadblock to a substantive reconciliation. “My father never spoke to me again, save to tell me repeatedly I was going to burn in hell,” he said. “After he died, my mother softened a bit and we resumed a kind of ‘stiff’ relationship. It was never really good, but it was something. One sibling out of five speaks to me now.”

Another commenter said that he too came from a Mormon upbringing, and after he came out, he was forced to keep his bedroom door open, to have nightly “talks” in his parents’ room, and to turn over his computer for daily Internet history and file history checks. “And then, silence,” he wrote. “I was told to move out. Sometimes, on lonely nights when my dad was away, my mom would call me and tell me how much she missed me.”

“It’s been a few years since then,” he added. “I currently live with my boyfriend. There’s still radio silence between me and my family. I’m hoping that one day, when my dad is older, he will want to talk to me again. I’m hoping that I can bring my boyfriend home and play some family games and show my family how sweet he is and how happy he makes me. Show them his cool tattoos. Maybe… maybe….”

These sobering stories come not long after a study published in the journal Pediatric Clinics of North America reported that “parental rejection is associated with health risk behaviors and poor mental and physical health outcomes among LGBT individuals” and that “sexual minority emerging adults with higher levels of family rejection were more likely to report attempted suicide, high levels of depression, illegal drug use, and engagement in unprotected sexual intercourse.”

Parents of LGBT teens, take heed. And individuals on both sides of the equation — parents and their LGBT teens — can visit the PFLAG website for resources such as literature and support hotlines.