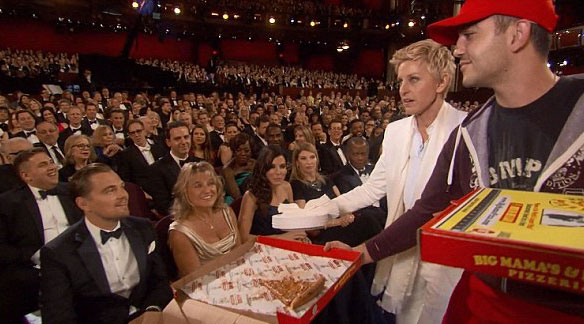 Ellen DeGeneres’ former bodyguard is speaking out about the very negative experience he had working with the beloved daytime talk show host six yeas ago.

Tom Majercak was assigned to protect Ellen at the 2014 Oscars. Speaking to Fox News, he had a lot to say about it, and almost none of it was complimentary.

This jives with what beauty vlogger Nikkie de Jager said in March, when she told a Dutch talk show host that Ellen was “distant” and never bothered to say hello to her prior to de Jager appearing on her show back in January.

Majercak also said that he thought working with Ellen would be a lot of fun, given the upbeat personality she displays on her show. Instead, he claimed she was so “cold” it was “actually kind of demeaning.”

Ellen’s wife, Portia De Rossi, on the other hand, was lovely.

Majercak said De Rossi was “very pleasant and carried on a conversation.” But when she introduced him to Ellen, he says Ellen “pretty much just gave me a side glance out of her eye and didn’t even say ‘hello,’ or ‘thank you for protecting my mother, my wife and me.'”

Majercak explained that he understands why Ellen may have been stressed at the time, since hosting the Oscars is a big job, but he still feels it was “no excuse” for the way she made him feel.

“It’s bugged me for years,” he continued. “I see this person come across as being very enlightened and positive and awesome and everybody loves her and is in awe and that’s really not the case when you meet her in person.”

Majercak said that interacting with her made him “absolutely see” that Ellen “doesn’t care about anybody else as long as she’s getting what she wants.”

“People are starting to see her true self and that really lends to the support of what my initial thoughts of her have been over the last six years.”

Ellen has not responded to any of the recent reports about her bad behind-the-scenes behavior.