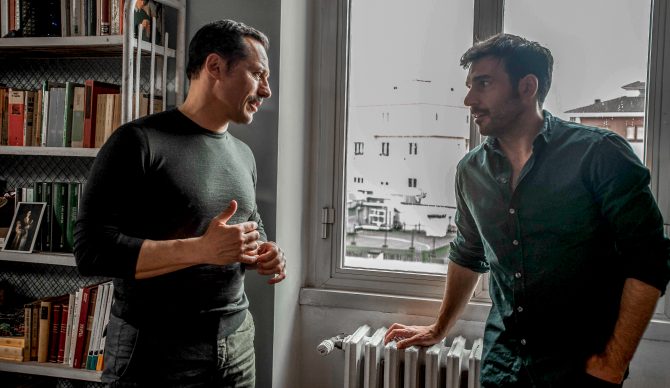 There’s an old saying: Italian men do it well.

Having seen The Goddess of Fortune, we can attest. The new Italian drama from director Ferzan Ozpetek conquered film festivals worldwide, including Frameline44 and Outshine, earning rave reviews. In an exciting twist, Queerty just scored the exclusive trailer debut ahead of the US opening on October 16.

The Goddess of Fortune focuses on Arturo and Alessandro (Stefano Accorsi and Edoardo Leo, respectively), a longtime couple in an open relationship on the verge of falling apart. The arrival of their old friend Annamaria (Jasmine Trica) with her two children only complicates matters, especially when she discloses that she suffers from a strange brain malady. As Annamaria’s condition worsens, Arturo and Alessandro must hold together their relationship and play surrogate fathers to Annamaria’s precocious kids…if they don’t kill each other first.

By turns funny, sexy and gut-punch moving, The Goddess of Fortune has the courage to wonder: if men don’t become fathers, do they revert to being children themselves?

The Goddess of Fortune opens in Los Angeles, New York and other major American cities via virtual cinema on October 16.