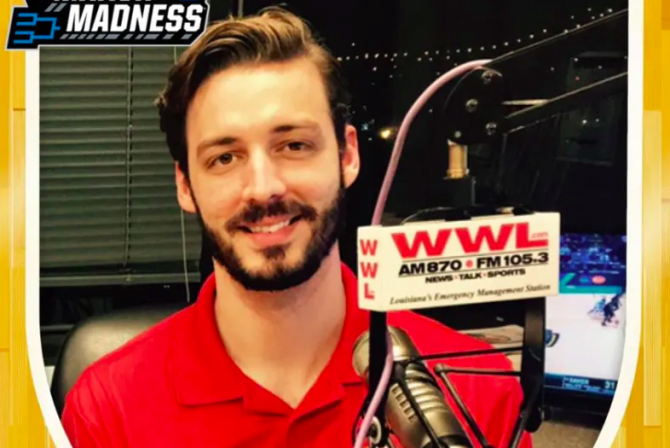 Just to recap: Dunlap, former host of “The Last Lap With Seth Dunlap” on WWL Radio in New Orleans, is accused of tweeting an antigay slur at himself from his the station’s official Twitter account then demanding $1.8 million from the company.

Every since the story broke in September, Dunlap has maintained his innocence, but forensic evidence found the tweet was sent from an IP address and Apple manufacturing number associated with his iPhone, which he trashed shortly after the tweet was sent, claiming the screen was cracked.

On top of that, investigators also found internet searches on his computer about how to access where Twitter stores IP addresses.

Dunlap has never spoken publicly about the incident. Until now. In a series of tweets posted at 5 o’clock Tuesday morning, he delivered a message to anyone who doesn’t believe his story: “Shame on you.”

“If you believed anything said by a company with billions in assets, unchecked media access, & multiple direct connections to local law enforcement…then shame on you,” he tweeted. “I remained quiet for years for fear of retribution. Retribution came. No longer am I afraid.”

If you believed anything said by a company with billions in assets, unchecked media access, & multiple direct connections to local law enforcement…then shame on you. I remained quiet for years for fear of retribution. Retribution came. No longer am I afraid.

He followed that up with another tweet saying there are “multiple recordings” to support his accusations of “homophobia, racism and misogyny” at WWL.

Multiple recordings have been provided by current and former employees that share the explicit, horrific words and actions of management, past and current. Nearly all are afraid to directly speak out in fear for the safety of their current and/or future employment.

He then went on to say he plans on being more vocal about inequality and encouraged others to “speak up” as well, giving a shout out to GLAAD, Trevor Project, and the HRC for the work they do.

The @glaad, @TrevorProject, and @HRC are just a few of the great organizations working to promote equality that you should support and, if needed, reach out to. My DM’s are also open for anybody who needs an ear or would like to share their story. ????

It should be noted that none of the three organizations Dunlap mentioned have weighed in on this controversy or issued any comment on him. It should also be noted that he has not yet been charged with any crimes.