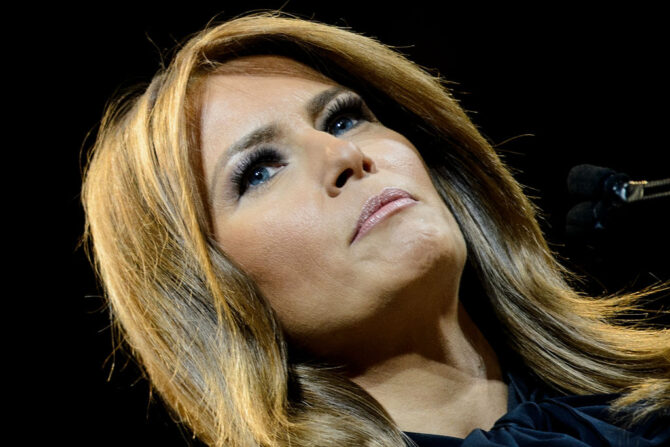 Melania Trump was snubbed by Vogue. Now, her life story won’t be retold in a glossy, high budget cable TV production either.

Showtime announced this week that will not be picking up a second season of star-studded, hour-long drama series The First Lady.

Season 1 of the anthology set in the East Wing of the White House starred Gillian Anderson as Eleanor Roosevelt, Michelle Pfeiffer as Betty Ford, and Viola Davis as Michelle Obama. It chronicled each of the three women’s journeys before and after arriving in Washington, D.C.

“Showtime can confirm that the anthology series The First Lady will not be moving forward with another season,” a spokesperson for the network told Deadline in a statement, before thanking showrunner Cathy Schulman and director Susanne Bier for their “dedicated work in telling the unique stories of three remarkable leaders.”

Before the show premiered, Schulman and Bier revealed that they were already exploring potential future installments that might feature Jackie O, Hillary Clinton, and Melania Trump.

“Look, I do think that the series could do with a fun season–so let’s talk about that,” Bier said when asked about the possibility of featuring Melania in an upcoming season at the Television Critics Association in February.

But with the Showtime officially pulling the plug, it doesn’t look like Mrs. Trump will be getting the fancy TV treatment after all. Although, truthfully, we doubt she cares, considering how intensely private she is and how personally she takes everything.

And while we’re mildly disappointed the series won’t be getting a Season 2, we have to say that we never thought a high gloss cable TV show about Melania Trump would be particularly interesting.

She spent the bulk of her time as FLOTUS hiding from the public, reportedly working on her scrapbooks and bitching about how much she hated Christmas–not exactly a recipe for great television.