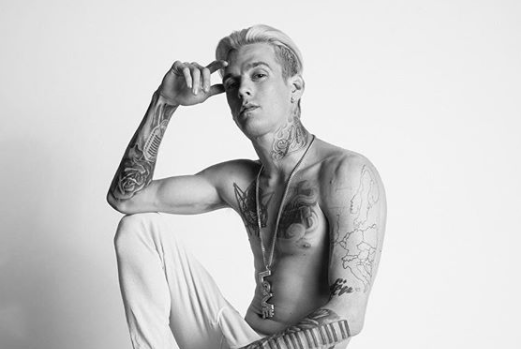 It’s been quite the week for former tween pop star Aaron Carter. He’s been all over the news after coming out on Twitter on Sunday.

“I grew up in this entertainment industry at a very young age and when I was around 13-years-old I started to find boys and girls attractive,” he tweeted.

Now, in his first interview since coming out on Sunday, Carter has opened up to celebrity podcast “The Bert Short” about what the experience has been like so far.

When asked how he’s been doing, Carter replied:

All I can say is that I’m really looking forward to the future right now – and whether I choose to be with a woman or a man is my decision. No one else’s. To be honest, I’ve been thinking about it for years. I just felt like it was something I needed to do. I was having some personal issues, some turmoil in my ex-relationship. It was something that I just felt like was important and I needed to say. It was a part of a new chapter of turning 30…

As for his recent breakup with Madison Parker, Carter says, his bisexuality played a key role in their split:

I had discussed it with my ex-girlfriend and she didn’t really understand it. She didn’t want to, and that was it… We parted ways…I don’t really know what else to say about it.

Related: One day after coming out as bi, Aaron Carter’s girlfriend dumps him

As far as what advice he might give to others who are coming out, Carter had this to say:

The process is at your own pace and when you feel comfortable. There might be a lot of people who don’t agree with it, but you might be surprised by the people who do….I was shocked. I was blown away [by the supportive comments].

I am a single man right now. And whether I choose to be with a woman or a man is my decision.

Listen to the full interview below.