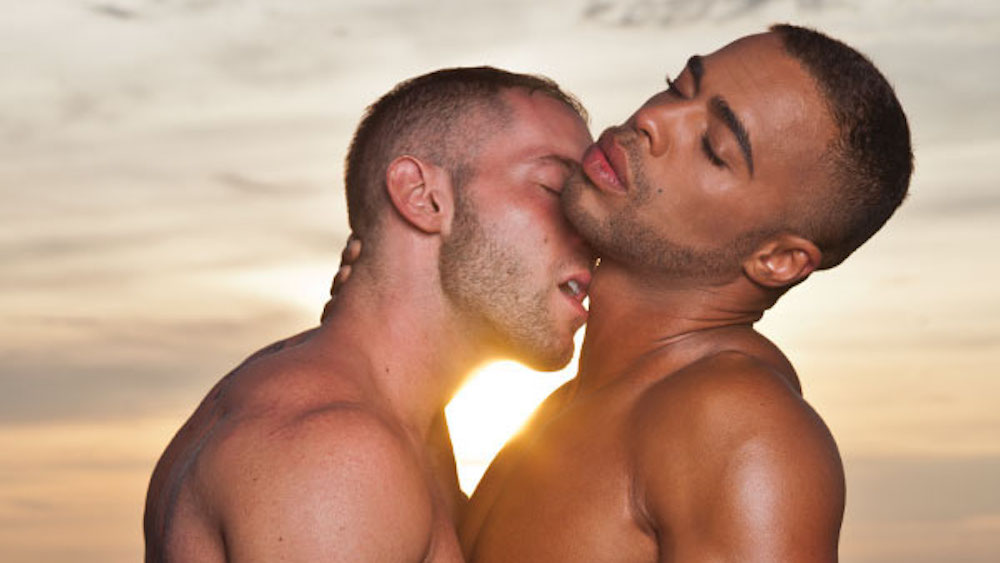 Once upon a time, gay adult studios rarely showed condomless sex scenes because they were considered “risky” “irresponsible” for allegedly encouraging the spread of HIV or viewers might go out and worsen the HIV epidemic by imitating the film’s performers.

Mr. Pam (who is a woman) tells Slate, “We like to use Skyn brand condoms [now] as they have the lowest profile. Sometimes we use moodier lighting to conceal the condom. There’s some things you can’t do, like pulling out the (wang) and slapping it on the bottom’s (cakes). It will be obvious they are wearing a condom.”

According to Pam, it’s common to shoot all the condomless foreplay scenes early in the day, and then take a break before penetrative sex. In this break, they will shoot marketing photos, let the crew have a coffee, and give the bottom more time to douche. It could be 30–90 minutes before everyone convenes to shoot the penetrative scenes, and yet in the final film, it will seem like the top just slipped right in (usually just with the aid of spit, rather than all the lube that has been actually been applied off-screen—another bit of [adult film] sorcery).

Mr. Pam adds that many gay viewers just won’t watch videos with condoms in them anymore — they’re considered passé even though condoms remain an effective method of preventing HIV and other sexually transmitted infections.

The move towards condomless sex in gay adult videos wasn’t just because of PrEP — it was because of money. While online commenters 10 years ago may have cried out against condomless scenes being “irresponsible,” studio profits told another story altogether. Barebacking was big business and more studios wanted a piece of the latex-free pie.