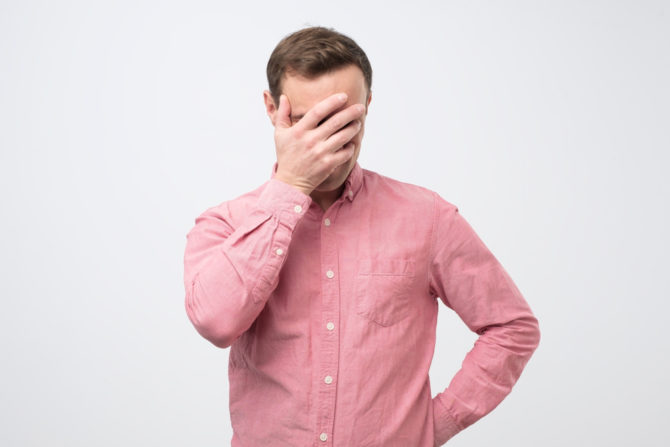 Acceptable responses to a coming-out include “That’s incredible,” and, “Thank you for sharing your truth with me,” and, “I love you,” and even, “Good to know, but what’s for lunch?”

Unacceptable responses include the comments detailed below, listed after a Reddit user recently asked fellow Internet denizens for “the most inappropriate question a friend [or] family member has asked you after they found out you were gay.” (Trigger warning: Lots of homophobic macro- and micro-aggressions ahead.)

“Not a question, but my dad said, ‘Remember what your mother says about presents? It’s always better to give than receive… Never forget that.’”

“‘So who’s the top and who’s the bottom?’ Like, what the f*ck? That’s like me asking, ‘Do you prefer missionary or reverse cowgirl?’ The invasiveness isn’t what bothers me, though; what bothers me is that they’re asking because they have preconceived notions that the bottom is ‘the girl’ and the top is ‘the boy,’ and they want to make a snap judgement about my relationship as soon as possible, instead of just getting to know me.”

“‘DO YOU TAKE IT UP THE ASS?’ Shouted by my mom during a one-sided argument/berating before I came out but after she figured out I wasn’t straight.”

“Upon coming out, my dad informed me, quite disappointedly, that I will never experience the joy that comes with discovering the female body.”

“My cousin asked if I ever sucked dick, do I like to bottom, and was I submissive. He’s ‘straight.’”

“‘I don’t like gays, and I think it is unnatural.’ A couple of drinks later, he said sorry and that he didn’t mean it and that he ‘loved all gays.’”

“‘Why did you choose this?’ And yes, they emphasized choose. ‘It doesn’t matter, it’s your private business.’”

“One friend asked if I’d still date a girl if she had a strap-on.”

Related: Teen suspects his mom is forcing him to come out to his homophobic dad

“The morning after I came out, my mom asked me, ‘Do you think it has something to do with your hormones? Maybe we could go in and get them checked?’”

“My poor clueless yet lovely mother, when I told her, reacted with, ‘Tell me something I don’t know.’ Then she followed that up with, ‘But it’s all good, as long as you don’t have sex.’ Ironically, I was sleeping with my neighbor, whom she thought was a good influence on me at the time.”

“‘So you’re planning on becoming a degenerate cheater who is going to waste away like your uncle Vadim? When you f*ck that stinky arse, don’t you even think of your parents and the sacrifices they made to make sure you have a brighter future?’”