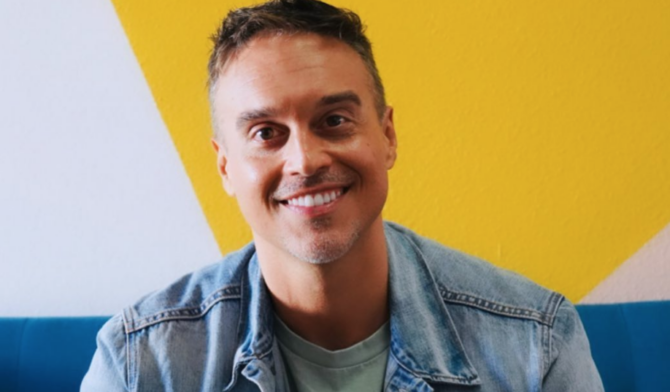 From 2006 to 2012, Rocco Reed was a prolific gay-for-pay performer in the adult video industry, appearing in over 1,000 scenes for studios like Men.com. But these days, Reed — a 39-year-old whose birth name is Joshua Broome — has become a preacher at the Good News Baptist Church in Cedar Rapids, Iowa.

Broome recently told The New York Post that he began appearing in adult videos after moving to Los Angeles, California because some female friends said it would help him become a movie star. From age 23 to age 29, he shot dozens of scenes each month. But away from the camera, he felt depressed.

“I believed the lie that if I made money I would be happy,” Broome said. “I made well over a million dollars. I traveled everywhere I wanted to go. I had all the sex I could have ever imagined. But once I had it all, my life fell apart, because it amplified the sorrow and emptiness I always felt inside…. I literally lost track of who I was. Everything was lies and fiction … I wanted to take my own life and didn’t have the guts to do so.”

When he retired from adult videos in 2012, he asserted his heterosexuality and said it was just time for him to move on. After moving to North Carolina, he wrestled with shame and worried about having his past uncovered while working as a trainer at a local gym.

In 2014, he met his now-wife, a woman named Hope, and joined her for a jog. When he mentioned his past adult video work, she responded with kindness instead of rejection. The following weekend, they went to church together. Gradually, he let go of his shame and feelings of worthlessness. He and Hope then married in 2016 and now have three children.

It’s unclear whether Broome now follows the Baptist church’s anti-LGBTQ stances, but he definitely preaches against the effects of adult videos.

“It’s so harmful,” he told The Post. “You are saying it’s okay to consume a person like a product, and if you treat people like products every aspect of your life is going to be detrimental.”

It’s not altogether surprising that Broome is religious. An estimated 65 percent of U.S. adults identify as Christian, and 47 percent of LGBTQ people identify as religious. Even though Broome and other former adults stars have experienced shame over their past work, many other gay adult film performers have expressed gratitude that their work put them in touch with a community of sex-positive fans and LGBTQ activists trying to make the world a more accepting place.