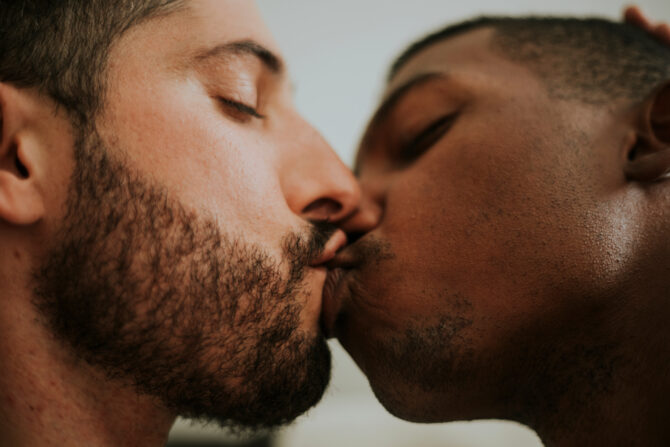 Let’s say you’ve suddenly landed as the lead of an adult film studio—one with ethical business practices, of course, like fair pay for talent. What kind of videos would you rush into production?

On Reddit, after one user asked gay bros what kind of content they want to see more of, commenters offered adult filmmakers plenty of free advice. Here are some of their responses:

“More facial expressions. I want to see what face you make [during sex].”

“I want to see what the bottoms’ faces look like [during] initial penetration. The passion in the eyes usually sells the ‘acting’ for me.”

“Personally, I find the whole top/bottom dynamic in [adult films] a big turn-off. I hate watching a scene and knowing 5 seconds into it who is going to be the ‘top’ and the ‘bottom’ purely based on the physical features of the actors… I’d like to see more…that features two (or more) guys engaging in a variety of sexual positions, with no one playing a specific role.”

“Outdoor play. The risk of getting caught is a huge turn-on.”

“Clear romance with all the quirks that come with realistic sex in a relationship, rather than how it goes down in [films] or hookups.”

“I love romance. Lots of passionate kissing is my thing. I don’t find it often [online].”

“Light or soft bondage where the tied-up man (and it could be the top or bottom) gets teased or played with in a more sensual manner.”

“POV snuggling. No sex, just someone lying on your chest, talking about their day while he hugs you.”

“Just two guys making out. I love that and can’t find enough of it.”

“[Starting] with underwear on the person and slowly taking it off. Kissing with tongue slowly.”

Related: Viewing smut doesn’t affect your sexual ability, but here’s what does…

“[Movies] with ongoing story plots, similar to a web series, where the story progresses and there is relationship development.”

“[Content] with historical-based plots. It doesn’t even have to be super accurate, but more… based on real events with costumes and a nice setting would be.”

“More ‘guy next door’ types. It gets old seeing rippled abs, bulging biceps, and other markers of uber-masculinity when I’m more attracted to non- or less-muscular guys who look real.”

“More bloopers/outtakes. And more where the models aren’t acting—they’re just being themselves, and there’s some level of real attraction between them. (No gay-for-pay garbage).”

“[Adult films] where they use lube.”