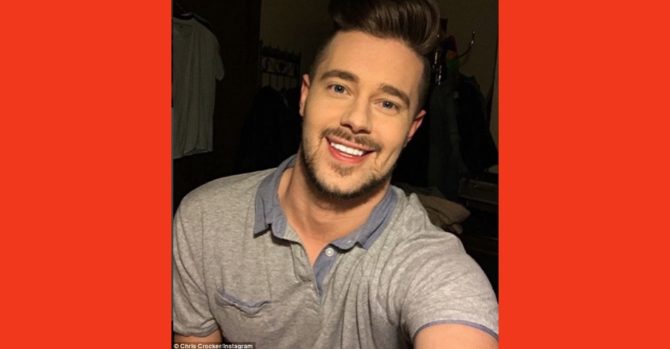 On Thursday we reported on a troubling shift in Facebook’s content moderation policy. The social media giant says the new clampdown on sexual and sexually suggestive language is an effort to cut down on content that “facilitates, encourages or coordinates sexual encounters between adults” and bars “sexually explicit language that may lead to solicitation.”

One high profile LGBTQ Facebooker has already said ‘enough is enough’ to the new rules.

Related: Facebook bans users from saying if they’re a ‘top’ or ‘bottom’

On Twitter, Chris Crocker announced he’d deleted his Facebook fan page, along with the four million followers it had attracted over the years.

The social media personality and sometimes adult film star, and, yes, the “Leave Britney alone” guy from 2007, maintains his one million followers on Instagram, which is owned by Facebook, as well as 258k Twitter followers.

I had 4 million+ followers on @facebook and I deleted.

I will never contribute content to a site that demonizes sexuality:

“The internet is becoming Anti-Sex.

Corporations are cracking down on the promotion of LEGAL Sex Work;

Yet millionaires pay for prostitutes with NDA’s.”

Fans were largely supportive of the move:

You inspired me to delete my Facebook. I’ve grown a MASSIVE following there. But it’s gone now. Good riddance!

But not everyone was thrilled:

Wish you didn’t delete and directed your enormous followers/power on FB platform to fight back.

If Facebook opts to enforce its new guidelines with a heavy hand, we expect more public deletions to come down the pipeline.

Perhaps the company can use the public’s reaction — especially from its LGBTQ users — as fuel to reconsider its course of action.

From the disappearance of Craigslist personals to the impending Tumblr ban on adult content to Facebook’s new guidelines, the internet is becoming a less and less welcome place for marginalized queer communities. 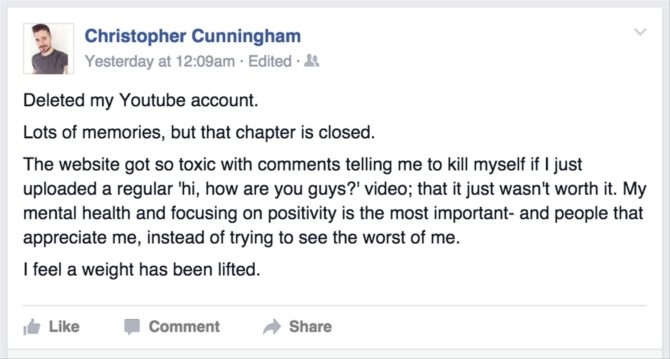 After surviving the week ?