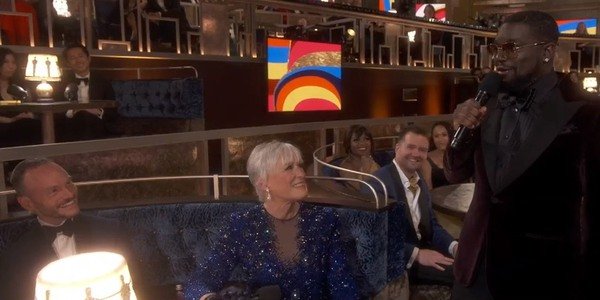 Amid last night’s flailing, awkward and dour Academy Awards ceremony, one high point stood out…so much so, that it almost saved the show: Glenn Close dancing to the funk song “Da Butt.”

During the show, Lil Rel Howery decided to quiz some of the nominees about the history of Oscar-winning songs. The task: recall if the song won an Oscar, was nominated, or was snubbed. After quizzing Andra Day and Daniel Kaluuya, Howery strolled over to Glenn Close. As a clip of the song played, Close gobsmacked the room by recognizing the song from Spike Lee’s 1988 film School Daze. She then wowed the crowd even more by hopping to her feet and doing the original twerk-like dance that accompanied the song.

Glenn Close just straight dropped the EU knowledge at the #Oscars? What?!! DC, rep it! Now, bring the statehood.

Glenn Close may not ever win an Oscar, but she just won the Oscars.#Oscars #Oscars2021 pic.twitter.com/Z4HNc8WuJn

“Glenn Close may not ever win an Oscar, but she just won the Oscars,” wrote Terry Plucknett.

Now the Los Angeles Times reports that the whole thing was a bit too good to be true. The newspaper has apparently confirmed with sources close to the Oscar telecast that the bit was indeed scripted, and Close was briefed on the bit beforehand. Color us disappointed.

That said, the sight of 74-year-old Close–one of the greatest actors alive–shaking her stuff brought the telecast some much-needed levity. We’re also hoping that she qualifies for an Emmy courtesy of her moves.

We also hope that the moment brought Close some relief. Her loss in the Best Supporting Actress category for her role in Hilbilly Elegy earned her two dubious distinctions. First, she became one of the few actors to ever receive an Oscar nomination and a Razzie nomination for the same performance. Her loss also ties her with the late Peter O’Toole as the most nominated actor in history to not win a competitive Oscar.

Here’s hoping we get to see Glenn take home her golden boy one of these days.