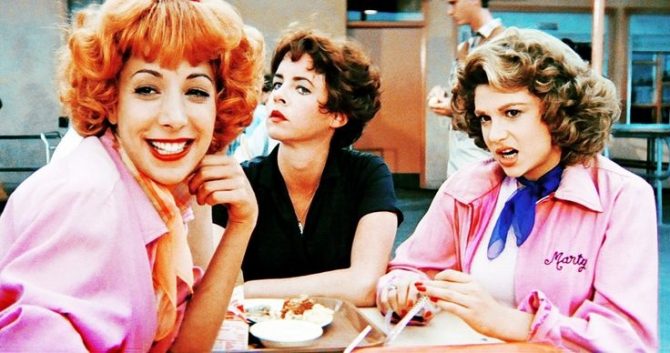 Are you in the mood for some greased lightnin’? Well, get ready because a prequel to the 1978 movie musical Grease is in the works, whether you like it or not.

The prequel is rumored to be about the summer Danny and Sandy met, taking its inspiration from the musical’s iconic song “Summer Nights.”

According to The Hollywood Reporter:

The studio’s division Paramount Players has put into development a Grease prequel, titled Summer Loving, and has tapped John August, the veteran writer behind such films as Big Fish and Charlie and the Chocolate Factory, to pen the script. Temple Hill, the prolific banner whose recent output ranges from Love, Simon, the Maze Runner movies and First Man, is producing along with Picturestart, the company run by Lionsgate executive-turned-producer Erik Feig.

While it hasn’t been reported if the film will be a musical, we can’t imagine it not including at least a few jukebox-inspired disco bops.

Despite its polarity, Grease has been a major cash cow for Paramount over the decades, raking in almost $400 million when it was first released (that’s over $1.5 billion by today’s standards) and inspiring a sequel starring Michelle Pfeiffer a few years later, which has gone on to achieve cult status.

The film and its accompanying soundtrack (which has sold over 14 million copies in the U.S. alone, plus millions more internationally) have also been reissued in several anniversary editions.

My reaction to the fact a Grease prequel is coming… pic.twitter.com/413e5vdw6d

No one wants a #Grease prequel. If anything, we want a Grease 2 sequel focusing on Dolores' Pink Lady reign. pic.twitter.com/daOA0jpVFb

just found out they’re making a #Grease prequel and I would like to let everyone at @ParamountPics know that I’m available to work in any capacity…. pic.twitter.com/UUaxu7ZmBi

We don't need a Grease prequel called 'Summer Loving' because the Grease song 'Summer Loving' explained everything that happened. They had a blast. Thank you for coming to my TED talk. https://t.co/4shz0BLC5V

"There's a "Grease" prequel in the works."

The only way a #Grease prequel is acceptable is if they do it Muppet Babies style. https://t.co/JTh6O8Y6EY

The only thing that would be fun with a Grease prequel is the original cast making cameos, and no I don’t mean just Olivia and Travolta, I mean the actors of the Pink Ladies and Tbirds too pic.twitter.com/t0mfFMjxN5

A Grease prequel is in the works because we live in Hell now https://t.co/HrsE6sDiez pic.twitter.com/SzloYruE1u

How do you feel about the idea of a “Grease” prequel? Take our poll below…