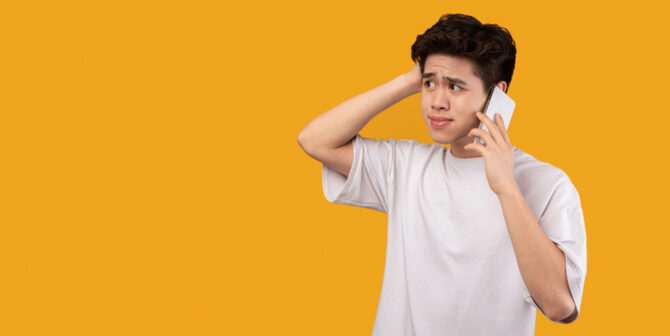 Attention: As you prepare for your coming-out, please ensure that your slithering pet is safely stowed and that the cage is in the upright position.

Yes, one Reddit user revealed on r/AskGayMen that he was trying to come out to his mother—after previously coming out as bi—when all hell broke loose, in the form of a runaway reptile.

“I got a call from my mom while she was out today and decided to tell her that I was gay,” he wrote in his August 8 post. “I said I was gay and rambled a bit, then joked that I needed a new pride flag and immediately realized my snake was out of his cage and halfway across the room, and [I] devolved into a shouting mess on the phone as I scrambled to grab him.”

Now he’s wondering how to make sure his mom got the message: “How do I reiterate that I’m gay without sounding like an absolute moron more than I already do?”

Related: T.J. Osborne accidentally outed himself to his brother in the most relatable (and embarrassing) way

And yes, if you thought this Redditor was speaking in code, you’re not the only one. “Took me longer than I want to admit to realize that your snake escaping wasn’t a euphemism for something completely different,” one commenter wrote on the thread. “Anyway, if I were you, I’d wager she got the gist of it and let her come to you if she wants to ask or talk more about it.”

And others gave useful advice to this hapless Redditor, too. “It’s gonna feel moronic, but because it’s your moment, you’re allowed to take it if you want to ‘come out again,’” another commenter wrote. “You could say something like ‘Can I try and come out again?’ … Being vulnerable and making room to be vulnerable is terrifying. And if rejection happens, you’ve got us. But this is kind of a perfect chance to practice being vulnerable, so see if you can use it.”

Someone else advised trying to see the humor in the situation: “I think that this is a hilarious story that your mom will retell at your wedding, to your consternation and everyone else’s amusement. … It happened. Laugh at the comedy of errors. And buy your mom a bottle of wine as you and she laugh about it.”

If anything, this poor chap’s chaotic coming-out probably makes many of us feel less awkward about ours!