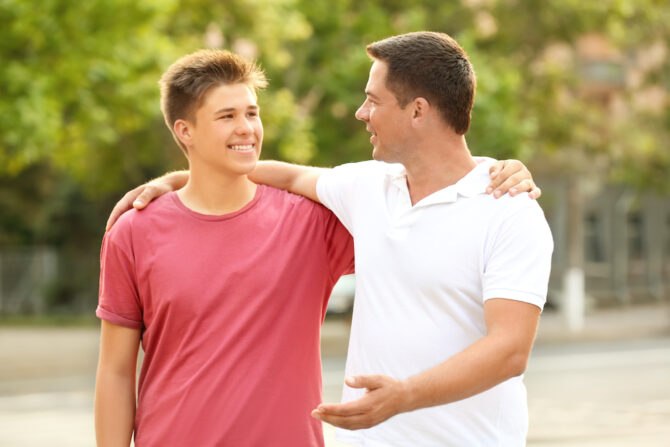 We’ve seen a few parents with pitch-perfect reactions to their progeny coming out, and we’re adding another dad’s response to the pantheon.

Yes, this dad is reserving the right to embarrass his son in front of his son’s future partner. “That is unavoidable,” he writes. “I will bring up embarrassing childhood stories.”

The dad added that he was very happy to hear that his son had already clued some school friends into his sexuality.

“He’s a brilliant kid who is a bigger smart arse than me,” he wrote. “We’ve had a fairly good idea for a few years, so we are over the moon he has now told us and can truly feel comfortable at home.”

The dad also told fellow Redditors that he imagines his son was trepidatious about that reveal, perhaps because of the dad’s politics. “I’m fairly rough around the edges and lean right on most things,” he explained.

But he also said that he “very empathetically feel[s]” for anyone who has been abandoned by their family over sexuality, politics, religion, or other identities. “I do not understand how any parent could so callously throw their kids away,” he wrote.

And when one commenter commended the dad and said that too many parents try to “fix” their LGBTQ+ kids, the dad responded, “The only thing I’ve tried to fix is turn him to be a PC gamer rather than PlayStation.”