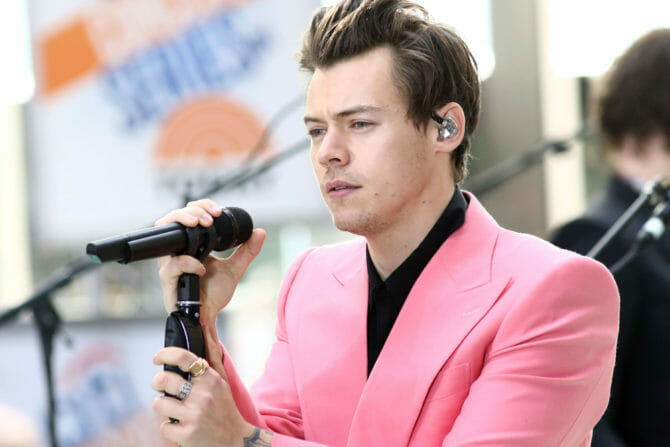 The former One Direction heartthrob was giving the final concert of his solo tour in Inglewood, California over the weekend when he noticed a fan’s sign that read “I’m gay and I love you”.

In response, he said: “I love you as well, thank you for coming… and I mean, we’re all a little bit gay, aren’t we?”

He reiterated: “We’re all a little bit gay.”

The interaction comes mere days after he paused another show to help a gay fan come out to her mother.

Styles, whose own sexuality is thought to be in the “fluid” realm after some song lyrics heavily suggested so, has not shied away from making his support for LGBTQ fans known.

For the record, the song is “Medicine” and the lyrics go:

“The boys and the girls are here, I mess around with them, and I’m okay with it.

“I’m coming down, I figured out I kinda like it, and when I sleep I’m gonna dream of how you tasted.”