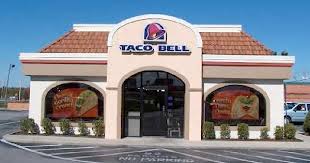 One Million Moms — a hate group that is almost certainly One Lonely Spinster locked in a disused basement and huddled over a rusted Smith-Corona — is now upset with Taco Bell for reasons that are idiotic even by their standards.

Related: Another Cute Commercial, Another One Million Moms Meltdown

Granted, we should all be a little angry, if not forthrightly furious, at the fast-food chain for introducing the world to the fresh hell known as chalupas fried into a chicken-based taco shell.

But that would be too sensible for the ineffectual, endlessly entertaining 1MM.

No, their latest grudge has to do with this dippy but harmless commercial focusing on a disgruntled everyman having your typical bad day.

But then he takes a bite into a $1 Taco Bell burrito and all of his problems disappear.

The ad’s tagline is: “When your morning is hell, just go to Taco Bell!”

And that’s why they’re angry: for invoking the terrifying pits of hell in a mainstream commercial:

Taco Bell is following a trend in crude commercials. While a few fast food restaurants are cleaning up their ads, Taco Bell decided to air a commercial that includes foul language. The newest Taco Bell commercial says, “When your morning is hell, just go to Taco Bell.” They should not use the word hell in a jingle. We all know children repeat what they hear.

Taco Bell’s ‘Morning is hell’ ad is irresponsible and offensive. This inappropriate advertisement is airing during primetime when children are likely watching. It is extremely destructive and damaging to impressionable children viewing the commercial.

TAKE ACTION: Please contact Taco Bell through our website and ask the company to pull the current ad immediately! Also, encourage Taco Bell to be more responsible in future marketing campaigns. If Taco Bell wants our business, it must no longer use foul language in its ads.

And there you have it.

Watch the mordantly destructive ad below — if you want to burn forever in hell and destroy all the helpless children: