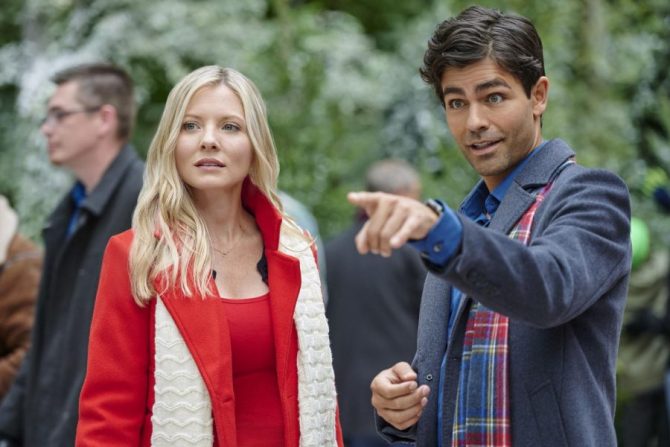 Muckrakers One Million Moms have targeted famed greeting card giant Hallmark, yet again. The conservative activist group has called for a boycott of the Hallmark cable channel after an announcement that the network would include LGBTQ characters in its upcoming deluge of Christmas movies.

Hallmark announced 18 of its slated 40 new Christmas movies earlier this month. At that time, Crown Media spokesperson George Zaralidis stressed that Hallmark had made inclusion a top priority, and that the unannounced new TV movies would include LGBTQ characters, storylines and performers. Hallmark had previously endured wide criticism for a minimal presence of characters of color, and for a total dearth of queer representation.

That announcement triggered the ire of One Million Moms which, for the record, still only has several thousand members, not all of whom are female. The group has called for a boycott of all Hallmark products and media.

“The once-conservative network has recently caved to LGBTQ pressure and has done a one-eighty from the wholesome content the channel once aired, and the network is now catering to the left,” the group said in a petition statement calling on Hallmark to reverse its decision to include LGBTQ characters.

“The Hallmark Channel was one of the remaining channels that families could watch without being bombarded by politically correct commercials and the LGBTQ agenda,” the statement further reads. “Family entertainment is not the outlet in which to be politically correct by forcing tolerance and acceptance of homosexuality – a sinful lifestyle that scripture clearly deems wrong in Romans 1:18-28.”

This isn’t the first time One Million Moms has targeted Hallmark. Last year, the group called for another boycott after the network aired a commercial for a jeweler that featured a same-sex wedding. Crown media initially pulled the ad, though reinstated it after even more widespread protests.

At the time of this writing, One Million Moms’ current petition against Hallmark has only 31,408 signatures.