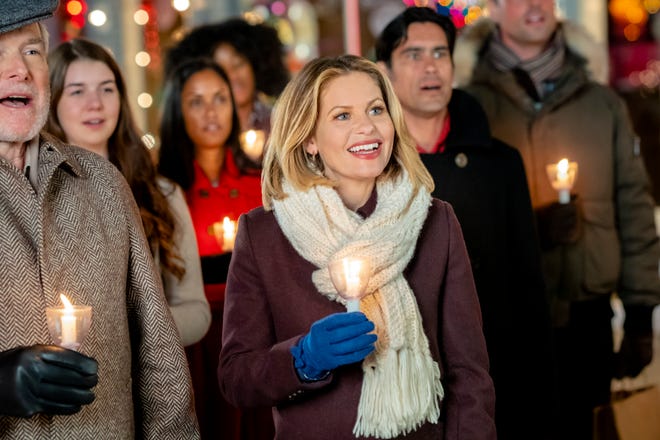 Following on the heels of the 2019 controversy regarding the lack of LGBTQ characters in its TV movies, the Hallmark Network has announced that this year’s slate of Christmas movies will, at last, make the yuletide gay.

Crown Media, the parent company of Hallmark, announced July 15 that it has a whopping 40 new holiday movies planned for this year. The company also confirmed that those films will include queer characters and storylines.

“Yesterday we announced 18 movies of the estimated 40 holiday movies we will produce by year-end,” Crown Media spokesperson George Zaralidis told PinkNews. “Of those 40, I can confirm that we will include LGBT+ storylines, characters and actors. We are in active negotiations and look forward to announcing more details when we can.”

“We are committed to creating a Hallmark experience where everyone feels welcome,” Zaralidis added.

Hallmark Christmas movies have become a staple of the holiday season, with the network’s reputation for producing fast, formulaic and inexpensive films becoming something of a joke in Hollywood. Nevertheless, despite their often trite sentiments, the films have earned a devoted fanbase that will tune in to watch during the channel’s “Countdown to Christmas,” which runs from October to January. Critics contend that the films also often push a subtle conservative agenda, generally focusing on white, Christian and wealthy characters.

The announcement by Crown Media follows a controversy in January of last year, in which Hallmark CEO Bill Abbott responded to criticism over the channel’s lack of LGBTQ inclusion saying the network was open to adding queer characters to its films. The remarks coincided with the Hallmark Channel also pulling a commercial for online wedding registry Zola.com which featured a same-sex couple, citing pressure from One Million Moms (which still doesn’t have one million members). The network subsequently apologized, and pledged to coordinate with GLAAD for more inclusive programming.