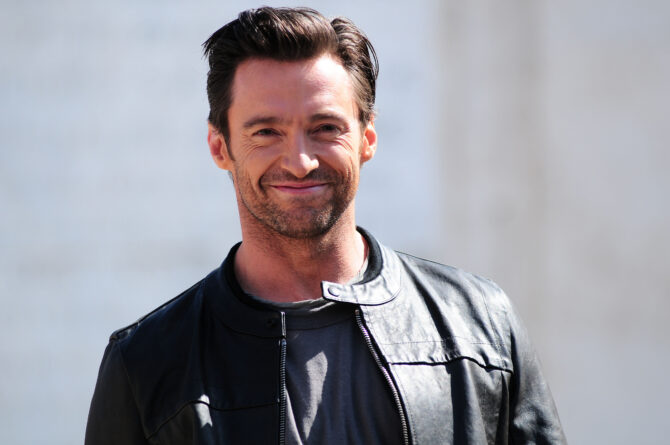 Hugh Jackman may not mind if people suspect he’s gay, but his wife is clearly over it. Can you blame her?

Appearing on the Not an Overnight Success podcast Deborra-Lee Furness called the persistent rumors “silly” and argued that if true, he’d have come out by now.

“I mean, hello guys – if he was gay, he could be gay!” she said. “He didn’t have to hide in the closet anymore, and he’d be dating Brad Pitt, or whatever. Not that Brad’s gay, but you know what I’m saying!”

She added: “It’s so silly, and then people perpetuate silly things and it’s boring.”

This isn’t the first time Deborra-Lee has voiced her take on the rumors, which picked up new momentum in 2018 during Jackman’s performance as Peter Allen, a gay singer-songwriter, in the stage production of The Boy From Oz.

In a 2020 appearance on the TV show Anh’s Brush With Fame Deborra-Lee said: “I see these magazines, and they’re so mean-spirited. So I hope people don’t buy these magazines and realize it’s all made up.

“It’s just wrong. It’s like someone saying to Elton John he’s straight. I’m sure he’d be pissed. He’s not straight!”

Jackman has taken a more laid-back approach to the rumors, at least publicly. “Some dudes do get upset, some dudes say, ‘Don’t say I’m gay,’” he said in 2018, “but I am good.”

He previously admitted that the topic annoys his wife. “Just recently, it bugs her,” he told The Hollywood Reporter in 2013. “She goes: ’It’s big. It’s everywhere!’”

Jackman has a long history as a queer ally, and also endorsed the increased visibility of LGBTQ people in film. “I’m all for it,” he has said, “in every single aspect and I’m proud to be a part of any solution to [curb discrimination of queer people] through storytelling.”

The couple has been married since 1996 and have two children.