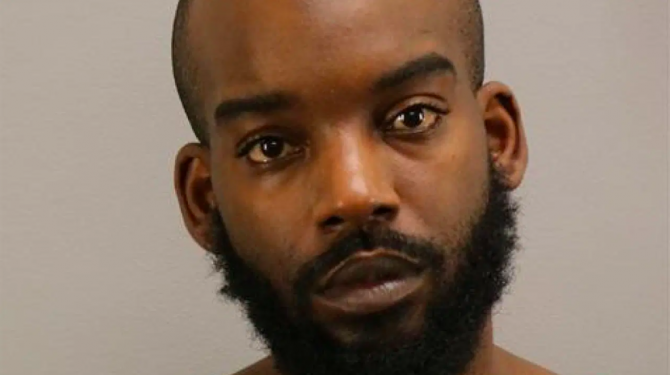 LaKendrick Coburn, better known as Brother Kenick El, is a human rights activist from Virginia Beach, Virginia. There’s just one problem. For someone who claims to be an advocate for humanity’s rights, he’s developing a rather long rap sheet of alleged human rights violations.

In May 2019, the Virginia Beach City Council unanimously voted to make El head of its esteemed Human Rights Commission, which consists of 19 volunteer board members. Five months later, he was forced to step down after publishing a string homophobic posts on Facebook.

In another post he called homosexuality “an abomination to the human race” and “a mental illness and should be treated as such.”

And then there was this: 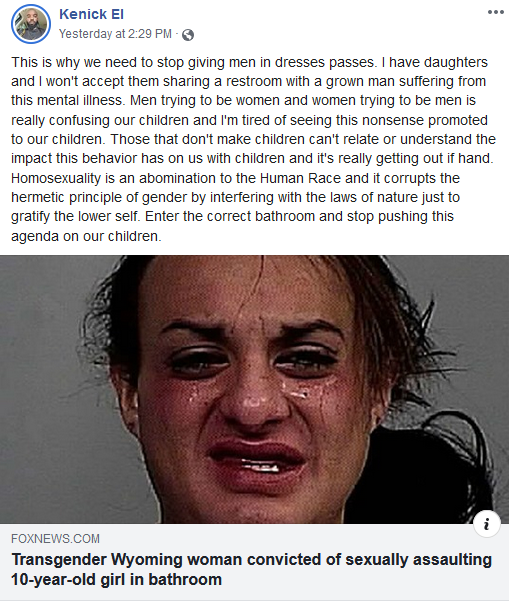 Now, the Virginia Beach Police Department says El was arrested after allegedly beating one of his family members in a late night altercation that happened earlier this week.

According toe police records, officers responded to a domestic situation at 35-year-old El’s home at around 12:20 a.m. on Tuesday morning.

The exact details of what went down are still unclear, but El was charged with simple battery and booked into the Virginia Beach Correctional Center. He was released a few hours later on a $5,000 bond. His trial has been scheduled for August 3.

But this isn’t the first time he’s been accused of violent behavior.

In February, a woman claimed El slapped her then tore off her head dress in a fit of rage, ripping the garment. He was arrested and released several days later on $1,000 bond. His trial for that case is scheduled for May 28.

El has not issued any comment on either of his arrests. Court records indicate he plans to represent himself at trial.