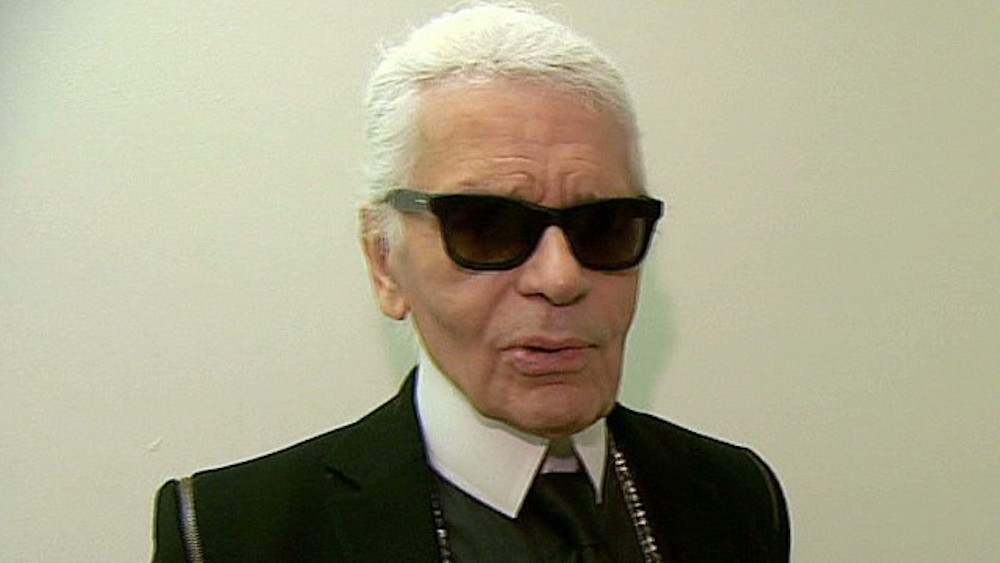 Lagerfeld was perhaps best known for working as head designer and creative director for Chanel and Fendi. He was instantly recognizable from his trademark white hair and ponytail as well as his “black sunglasses, fingerless gloves and high collars.”

We once called Lagerfeld one of the 15 greatest gay designers of all time. He was born into a wealthy family and began working in fashion in 1955 as an assistant to gay French fashion designer Pierre Balmain. He later served at the Paris-based label Chloe.

Lagerfeld began working with Fendi in 1977 and Chanel in 1983, helping resurrect the latter from a period of dormancy following its founder’s 1971 death.

He has said, “When I took on Chanel, it was a sleeping beauty—not even a beautiful one. She snored.”

His “high fashion and high camp” designs for both high-end fashion houses affected low-end retailers whose styles took inspiration from his looks. Among his notable styles were short skirts, necklaces and the use of translucent fabrics.

In 2004, he created a capsule collection (that is, a collection of essential clothing that never goes out of style) for the Swedish clothes retailer H&M.

His long-term partner Jacques de Bascher died of an HIV-related illness in 1989. The designer subsequently remained unmarried until his passing.

Related: From Short Men To Sweatpants To Children, Karl Lagerfeld Hates Pretty Much Everything

He once said of his iconic personal style, “I am like a caricature of myself, and I like that. It is like a mask. And for me the Carnival of Venice lasts all year long… I don’t owe the truth to anyone.”

He was also known for being outspoken, sometimes to a fault. He once called the singer Adele “a little too fat,” adding, “but she has a beautiful face and a divine voice,” and said of Russia, “If I was a woman in Russia I would be a lesbian, as the men are very ugly.”