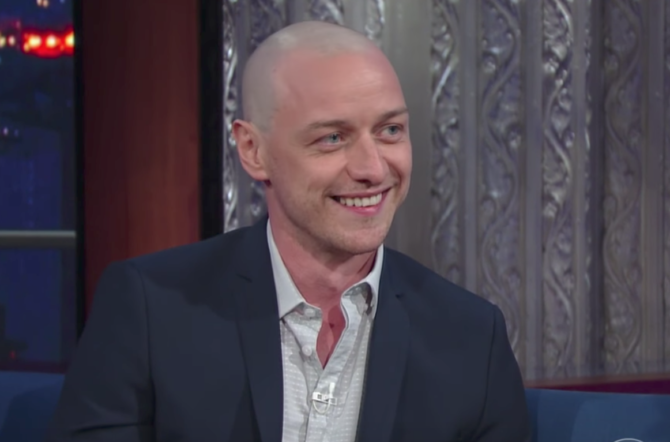 James McAvoy is a fine performer, with credits that include a Golden Globe-nominated performance in Atonement, the excellent series Shameless, the world’s most lovable bald telepath Dr. Xavier in the X-Men franchise, and the upcoming Charlize Theron badass action flick Atomic Blonde.

But on a recent Late Show appearance, Stephen Colbert had more on his mind than McAvoy’s acting chops. Or shall we say, much less on his mind.

Coming back from a commercial break, Colbert unleashed the big question: “Does the carpet match the lack of drapes?”

Then McAvoy, triggered by the image of overzealous manscaping, tells tale of that one time he did attempt to shave everything. Then the story takes a strange turn, as his kindly grandparents were worried he’d been cutting himself.

“I was shaving my balls!” he finally yelled to them. Or at least that’s what we think he yelled — CBS bleeps out “balls.” Wait, you can’t say “balls” on TV?