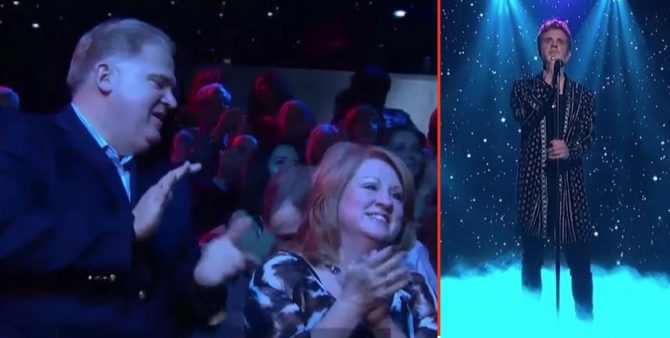 Who He Is: American Idol contestant, musician, music teacher

Why He Matters: Maryland resident Harmon’s passion for music lead him to American Idol auditions. The ginger singer immediately wowed the judges and landed a spot in the Top 20, which meant he’d compete for the grand prize. Harmon became a fan favorite thanks to his self-penned song about gay people going to heaven, and soaring, emotional renditions of Fleetwood Mac’s “Landslide” and Cyndi Lauper’s “Time After Time.”

Then he dropped a bombshell, revealing that when he’d come out to his parents, they’d reacted with horror, eventually forcing Harmon to move out of the house. Harmon’s dad, Jerry Harmon, is a Baptist preacher with a long history of malicious denunciation of queer people, once arguing that equality is a sign of the downfall of civilization.

Despite such hateful rhetoric directed at him and his kind, Jeremiah professed throughout the season his love for his parents and his hope of making them proud while working on changing their minds. The couple surprised their son by attending his Idol performance of Queen’s “Who Wants to Live Forever,” for what amounted to an emotional—if short-lived—reunion. Video footage of Jerry Harmon denouncing gay people began to circulate on YouTube. Former congregants also came forward to speak out against the homophobia of his church.

Even though Harmon ended up eliminated later in the season, he left a lasting, inspirational mark on the show and its audience.

Why We’re Proud: Harmon’s brilliant singing, combined with his steadfast demonstration of love, forgiveness, and acceptance didn’t just provide a tender example of a son’s affection for his parents, it also exemplified the very Christian ethos his father failed to live up to.

I want my parents to know that I love them no matter what and that I’m sorry for disappointing them and not turning out to be everything that they dreamed of. I just got to keep telling myself that I can do this. I’m doing this for me, I’m doing this for everyone who has been outcast by their loved ones. I know this isn’t just my experience. If I can be open about it and vulnerable, then maybe that can bring hope to somebody else.