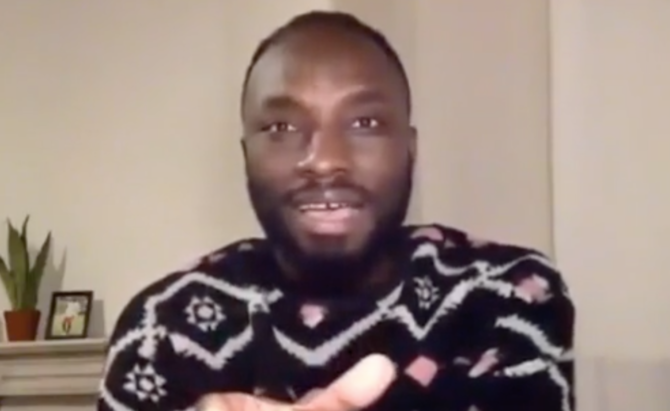 A Ghanaian journalist has come out publicly as gay, taking to live TV to share his story and raise awareness of the hardships facing the local LGBTQ community.

Ignatius Annor appeared on Ghana’s JoyNews, explaining he kept his sexuality under wraps until now for fear of losing his position.

“This is going to be the very first time that I am using your medium to say that not only am I an activist for the rights of Africa’s sexual minorities, what you will call the LGBTQI community, but I am gay.

“Obviously, I denied it because I was afraid of losing my job, I was working at an incredible Television station in Accra and also for the fear of what would happen to me personally,” Annor said.

“What my community is asking for is the opportunity to love like all humanity loves, particularly in the case of Ghana heterosexuals,” he continued, adding that many in the LGBTQ community are “not allowed to openly say who [they] are.”

The Euronews English journalist went on to candidly explain to viewers how it feels to be gay in Ghana.

“It doesn’t feel like I am a human being who deserves the right to employment, the right to education, and normally the basic rights to be able to walk, drive around to wherever that I want to go to in Ghana as an openly gay man. It doesn’t feel okay, it feels dehumanized and awful.”

Annor shared that his mother referred to being gay as “demonic,” which he blames on “what has repeatedly been fed into the mind and ultimately the hearts of people.” He seeks to change that.

Same-sex intercourse is illegal in Ghana under section 104 of the nation’s Criminal Code. Annor hopes to see it “scrapp[ed] out of the books of the Republic of Ghana so that people like myself who have [lives], who work, and contribute to the socio-economic fiber of [the] Republic of Ghana can be accepted as human beings deserving of respect, kindness and dignity.”