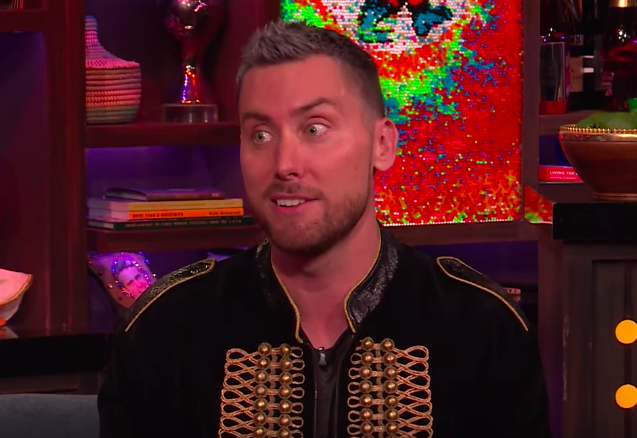 In an appearance on Watch What Happens Live this week, singer Lance Bass opened up about that time he came out to Britney Spears on her wedding night to get her to stop crying.

The interview starts when Andy Cohen asking, “I remember you telling me Britney Spears was one of the first people you came out to.”

Bass then launches into a strange but touching coming out story.

“It was the night she got married the first time, in Vegas,” he explains.

In case you forgot, prior to marrying baby daddy Kevin Federline, Spears briefly married her childhood BFF Jason Allen Alexander in 2004. The marriage lasted just 55 hours before it was annulled.

In those 55 hours, Bass says he went to Vegas to “see the craziness that was happening.” According to him, Spears didn’t seem to understand what she had done, and after she realized it, she became very, very “upset.”

“She started really crying, she was so upset,” Bass explains. “So I took her to her room and we sat on the bed. She wouldn’t stop crying so I was like, ‘I’m gay.'”

Miraculously, he says, “it made her stop crying.”

Bass says Spears “chuckled” and was ended up being very sweet and supportive of his coming out to her.