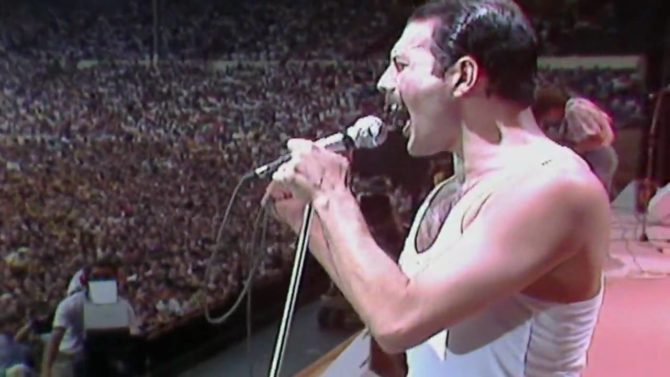 In the video, Malek enters the stage which is set up to be a picture-perfect recreation of what it looked like in 1985. You can tell he’s been training hard for the role, throwing out some air punches to the imaginary crowd and doing a damn fine job of embodying Mercury and his signature stage presence. Then he takes a seat at the piano and pretends to play/sing “Bohemian Rhapsody.” 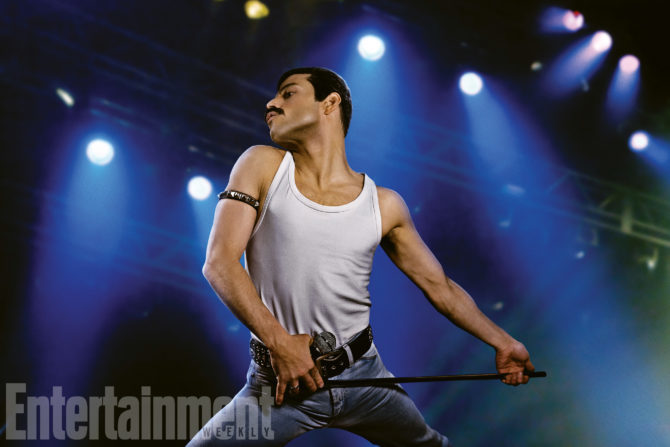 Earlier this month, we got our first official look at Malek as Mercury, and other than a notable lack of chest fuzz, it’s nice to see him in action.

You can check out the clip (before it inevitably gets taken down), followed by a video of Queen’s real Live Aid performance, below:

The film’s come under a bit of controversy even before its release due to concerns the narrative will leave out Mercury’s battle with AIDS.

Sacha Baron Cohen had been attached to play Mercury, but left the project, saying the surviving members of Queen were not interested in his desire to do a “warts and all” depiction of the singer’s life, including the “debauchery.”

The script comes from Anthony McCarten, the author of the Stephen Hawking biopic The Theory of Everything. Queen guitarist Brian May and drummer Roger Taylor will serve as music producers.

Bohemian Rhapsody will the rise of the band in the 70s through Live Aid, six years before Mercury died.