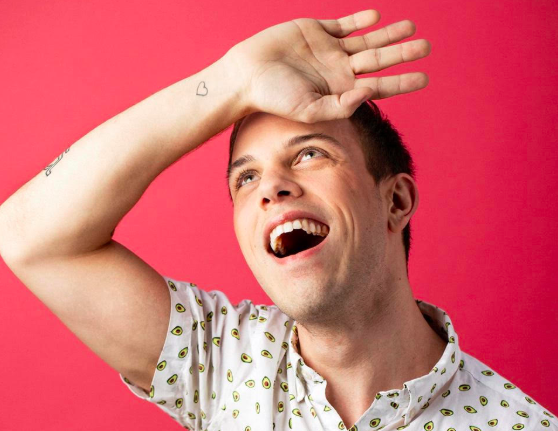 Looking back on the 2010s, it really was a decade of oversharing, in large part because of social media. I’ve always been an oversharer myself. Maybe it’s because I’m a blatant product of my generation (hello, fellow millennials!). Or maybe I was simply born that way, baby.

“Too Much Information” was never a belief I subscribed to. When I was 23, living as an unpaid intern in Los Angeles (you do the math), I started my own personal blog. Every week, I would spend hours pumping out content, writing the kind of listicles that put BuzzFeed to shame: “15 Greatest Songs About…SEX,” one post read. “6 Ways to Score a Second Date,” read another. “Why I Still Use The [Heart] Emoji,” read one epically awful post that, dear god, why did I ever think that was a good idea?

That was in 2013. Looking back on the experience, I’ve decided no gay man under the age of 23 should ever own a blog.

But the thing is, my oversharing wasn’t confined to the blogosphere, it also bled onto Facebook, specifically. Every day, I would post details about my life: Who I was hanging out with, sleeping with, doing things with during random weekend trips to Palm Springs (again, you do the math). No detail was off limits.

Then in 2016, at the height of my oversharing, I wrote a personal essay for Queerty titled “I’m gay and disabled and no one in Seattle will have sex me.” The post was a smashing success; it was shared thousands of times across the web. I received hundreds of offers for sexcapades from strangers, along with a free 8-hour session at a local bathhouse (which I turned down). I was interviewed on podcasts (which, um, everyone should be listening to Gayish Podcast, it’s my fav). One guy even found my number and place of employment online, and called my boss looking for me after reading the article. He later called me FAKE NEWS when I responded and mentioned the words ‘harassment’ and ‘lawyers’ in the same sentence, but alas.

It was exciting, but when my editor asked me to write a follow-up, I drew a blank. I felt like I had no story left to tell. I’d already told them all before. My life belonged to the world wide web, to my weird personal blog, to social media, to Likes and thumbs ups, to comments from friends and strangers alike.

I had been living for it, but I’m not necessarily that way anymore. As I’ve gotten older, I’ve had a shift in my perspective. I value my privacy more and more… especially online. Sure, I still overshare with the people who know me. My friends and probably know more about my recent medical diagnoses than anyone should.

I still write about TMI-worthy things online, like sex, but I’m much more intentional about it. Now, instead of making things all about me, I make a point to include other voices, which has led to some really great conversations with people I admire. People like Ryan O’Connell, like Ryan Haddad, which like, do I have a thing for Ryans?

I also post much less on social media than I used to, and no longer feel the need to post every photo of every place I went to on a weekend.

And it’s nice. It’s nice to have photos of pumpkin patches and dogs and my boyfriend that the world will never see. It’s given me a freedom that allows for more authentic, unfiltered experiences, moments when I’m not thinking “OMG! I have to post this!” I’m able to connect with people more freely, and it’s also given me a reality check: Does anyone really care that I ordered a grilled cheese sandwich today? Not that I know of, except for maybe my mom. And a select few foodies on Gay Twitter.

All of that to say, I’m still obsessed with and love all the oversharers on my News Feed. Many of their lives are more riveting than any Shakespearean play I’ve read, and I consume their lives much in the same way I consume buttered popcorn in a darkened theater: with the fervor of someone who’s been there, who gets it, and hopes it never ends.