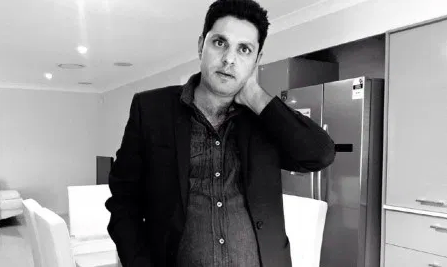 Moud Ul Hasan Nuri has just had the year from hell.

After being accused of raping a 13-year-old boy he met on Grindr, the 41-year-old IT professional from Australia was put through the wringer. He was arrested, spent time in jail, made multiple court appearances, was dragged in the media, fired from his job, lost all his friends, and was disowned by his family. And then it turned out… he was innocent.

The trouble began last year, when police alleged Nuri had gone to the boy’s home, lured him outside, and raped him in the yard, only stopping when boy’s mother heard a commotion and came rushing out to help her son.

As a result, Nuri was arrested and charged with sexual intercourse without consent. His story became tabloid fodder. He received death threats and was forced to go into hiding after his home address was published online.

“I lost my reputation, my friends, my family support, my job, everything,” Nuri, who has maintained his innocence from the very beginning, tells the Daily Mail in his first interview since being exonerated.

As his case progressed through the court system, a Facebook group was created calling for Nuri to be murdered, with commenters openly planning to “hunt the bastard down, chop his nuts” and “rape the c*nt’s throat with a 12-inch knife.”

It got so bad that the New South Wales Police Force had to put out a statement telling people not to take the law into their own hands.

“The NSW Police Force does not condone or tolerate any form of violence,” the statement read. “Further, we discourage anyone from engaging in vigilante behavior and instead allow justice to be served by the courts.”

“The looks and hatred I get from people is unbearable,” Nuri recalls.

He continues, “I belong to a Muslim conservative family and community. First, being gay or bisexual is the biggest sin to them. Then (I was) branded a rapist. Imagine my life now.”

Then, earlier this month, prosecutors dropped all charges against him, claiming “new evidence” cast doubt on the prosecution’s case and the truthfulness of the victim’s story.

“The proceedings against Mr. Nuri were discontinued on an application by the Crown, the day before the young person was to give evidence,” Sydney solicitor Fahim Khan said.

“It is our suspicion that new evidence came to light that significantly weakened the prosecution case, in the sense that either the young person may not have been truthful to the police when complaint was first made or that legal issues would have arisen that would have shed doubt on the reliability of the young person’s evidence.”

And while his legal nightmare may be over, Nuri says “There is nothing to be happy about.”

Prosecutors have declined to issue any comment on the matter or say what, if any, reparations will be offered to Nuri for their errors.