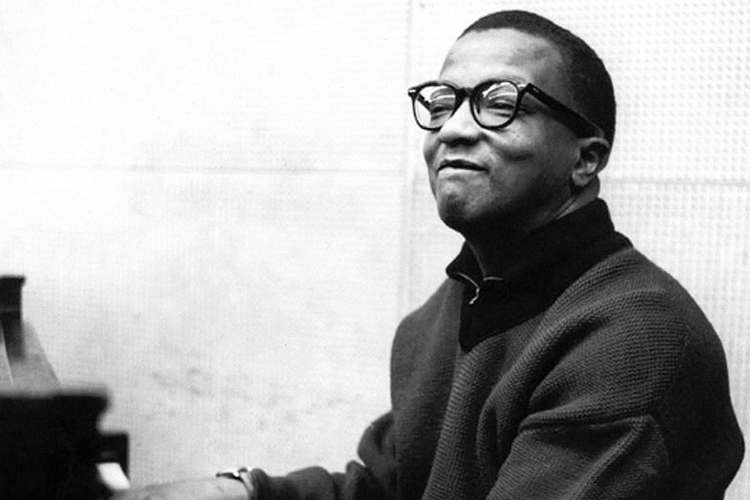 Billy Strayhorn wasn’t too keen on the limelight. Maybe it was a desire to still keep his open homosexuality close to his chest; maybe he was just a bit shier than most.

Around his friends and bandmates, however, little “Sweet Pea” Strayhorn shone.

The prodigy came to know legendary jazz pianist Duke Ellington in 1938 after a show in Strayhorn’s native Pittsburgh. No shyness must have been present at the time, as the young composer took the chance to dazzle the Duke with his skills.

He played a song Ellington had played that night back to him, seemingly learned by rote. He then took the number from the top in a totally new style, saying it was the way he himself would have arranged it. Skills sufficiently shone, the young player was taken under Ellington’s wing.

The pair worked together for decades, with Strayhorn composing some of Ellington’s most famous numbers, like “Take the ‘A’ Train” and “Chelsea Bridge”. Ellington came to refer to the young composer as “my right arm, my left arm, all the eyes in the back of my head, my brain waves in his head, and his in mine.”

Strayhorn also had a strong influence on famous triple-threat Lena Horne. The two had a close friendship, and the tunes he composed for her to perform at the Little Troc nightclub on the Hollywood strip helped launch her storied career. It’s said she was half-infatuated with him, but quickly realized after their getting acquainted that nothing would ever come of it. Because, y’know.

Though he never received the level of recognition that Ellington did, Strayhorn’s arrangements and contributions were integral to the growth of jazz — as well as queer representation in the music industry.

Hear Strayhorn sing one of his most famed compositions, “Lush Life”: