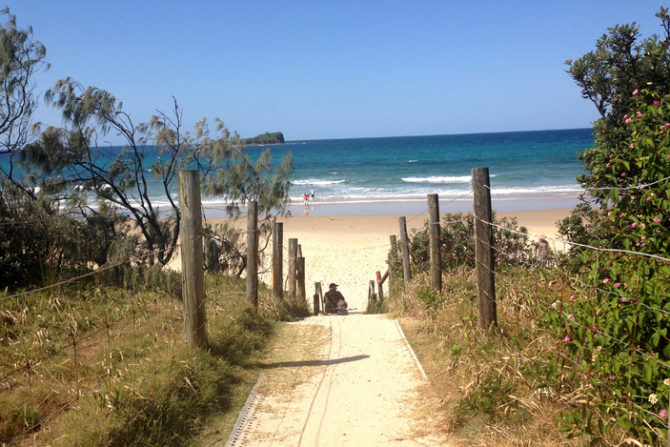 A sleepy section of a public beach in Queensland, Australia has turned into a 24-7 gay cruising spot and locals are “sick of it.”

Residents near Mudjimba Beach on the Sunshine Coast, Queensland say gay men have been meeting for anonymous sex romps “all day”

“Basically what happens is, any given day, all day, there are guys hooking up,” an anonymous source tells the Sunshine Coast Daily. “They’ll walk along, have a signal and disappear into the dunes.”

Related: Sex expert encourages everyone to ditch Grindr and try cruising at least once in their life

“That whole stretch of beach is well known to locals about what happens. They have wore a track right on the edge of the fenceline!”

The source continues, “Knowing you’re on a family beach and people are having sex behind you is just uncomfortable.”

Apparently the men have even created a website to arrange their beachside sex romps meet ups and have even come up with a specific dress code to help identify each other in public.

Beach goers say parking was already an issue in the area and that the increased number of visitors is only adding to the problem.

“It is a serious problem that is really getting out of hand,” the anonymous source says. “This isn’t about gay people or me being homophobic, it is just creepy.”