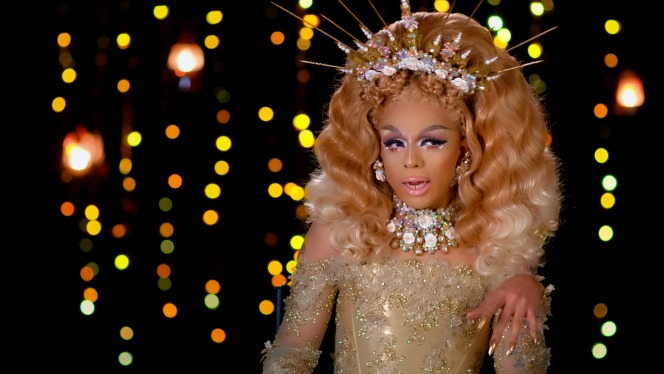 Cab and ride-share drivers are subjected to all manner of human behavior, from the innocuous backseat navigator to the slightly, moderately or extremely drunk bargoer.

As a passenger, there’s an expectation that unless you’re wreaking havoc, being an aggressive d-bag or (God forbid) puking, your driver is going to deliver you safely to your destination.

Making out is a gray zone. Not every driver is going to love their passengers getting busy in the backseat, but it also shouldn’t get you thrown to the curb.

But that seems to be what happened to RuPaul’s Drag Race contestant Aja and his boyfriend recently in NYC, and Lyft has reportedly banned the driver from the platform as a result.

Aja (a.k.a. Jay Rivera) was en route home with boyfriend Lizard Lemon late Tuesday night, when the driver booted them out.

“Me and Aja were told to get out a Lyft for being gay. Not kidding,” Lizard Lemon wrote on Twitter.

“The driver asked us to leave after kissing. In New York City. Really really disappointing.”

It may be a bit of a stretch to say the couple was kicked out “for being gay,” but apparently the complaint was enough for Lyft to take swift action against the driver.

“We have zero tolerance for any type of discrimination on our platform, and are committed to maintaining an inclusive and welcoming community,” a spokesperson said.

“What is being described here is against our terms of service and our values as a company.

“As soon as this incident was brought to our attention, we reached out to the passengers to offer our support.

“The driver has been deactivated from the Lyft platform.”

Thoughts? One less homophobe interacting with customers, or does something not quite add up here?