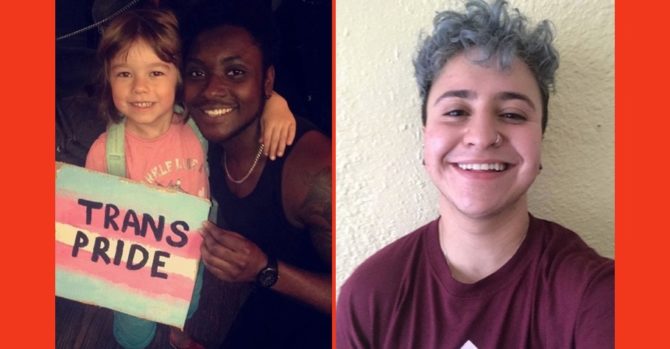 Sure, it’s no queer superhero, but the move is being lauded as an earnest push towards inclusion.

The upcoming Spider-Man: Far From Home film finds everyone’s favorite neighborhood Spider-Man, aka Peter Parker, on a European adventure with his classmates where he must battle Mysterio, played by Jake Gyllenhaal.

After the release of the trailer on Tuesday, Barack shared his appreciation on Twitter, writing: “Being able to work with other trans people is a gift. Trans people are a gift. Im so lucky to be me”

Being able to work with other trans people is a gift. Trans people are a gift. Im so lucky to be me

A Spider-Man fan account echoed that sentiment, calling the Far From Home casting a “diverse masterpiece”.

Related: How trans actor Jake Graf of ‘Colette’ came out and found his voice for equality in film

“Not only [is there a Muslim character who’s more than just an extra],” they wrote, “but we have two trans actors playing students as well, one of which is a black man. ffh is going to be a diverse masterpiece”.

not only that, but we have two trans actors playing students as well, one of which is a black man. ffh is going to be a diverse masterpiece https://t.co/4vSayiODb3

Here’s a look at Barack and Cunningham’s Instagrams — we can only hope the two get some quality screen time in the finished film:

Chapter 23 – I’m so great full for all of the people places and things I have in my life, I wouldn’t be who I am without you all – And an even bigger thank you to my mother for giving me life – Great things are unfolding as we speak – Love and Blessings ????????

When life gives you a Canon DSLR & a Rode boom.. get filming ??

Look at this handsome dog and my shiny ass forehead

I’ve been so lucky this year. thanks to @instafederman for being a great host and thanks to everyone else who had been supportive and encouraging the whole way

While queer characters abound in Marvel comic books, the MCU has been reluctant to feature LGBTQ storylines.

A bisexual coming out scene for Tessa Thompson’s character in Thor: Ragnorok, Valkyrie, was left on the cutting room floor.

Watch the trailer for Spider-Man: Far From Home below: