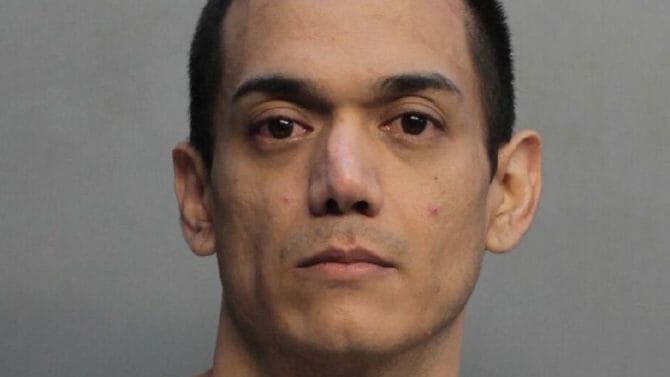 Back in September, 34-year-old Bryan Deneumostier pleaded guilty to two counts of illegal interception of oral communications after being busted for conning hundreds of straight-identifying men into having gay sex on camera.

The series was called “StraightBoyz,” and featured “real straight men” being tricked into performing gay sex acts. Deneumostier ran the scheme for four years before police tracked him down and arrested him last summer.

Related: Man accused of disguising self as housewife to trick guys into having blindfolded sex on camera

Though it was originally reported Deneumostier had tricked as many as 600 men into having sex with him, court documents reveal the number was closer to 150. 80 of the men were totally unaware they were being recorded; one of the victims was just 16 years old.

Deneumostier faced a potential 10 years behind bars. This week, a judge sentenced him to three years in federal prison.

But his legal woes are far from over.

In July, Deneumostier was also arrested and charged with unlawful sex with a minor in a totally separate case.

At the time of his arrest, he told police he and the boy, whose parents had reported missing, spent two days holed up in a hotel room drinking, doing drugs, and having sex.

“There were leather handcuffs, sexual lubricant and a leather whip in plain view in the room,” the police report read.

Related: Man pleads guilty to seducing over 150 straight men and tricking them into having sex on camera