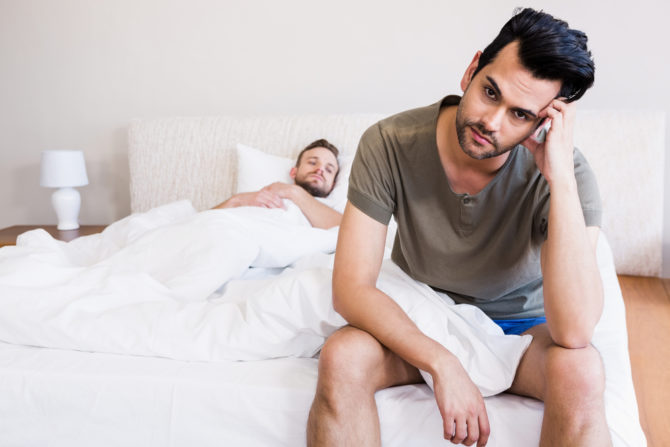 For all the talk of hookup culture, you’d think that people are getting down and dirty on the regular. But the proportion of U.S. adults not having sex reached a record high in 2018, and 20-something men are among the most celibate.

The news comes from the latest General Social Survey data, which found that 23 percent of adult Americans — nearly a quarter — hadn’t had sex within the past year. Furthermore, the percentage of celibate 18-to-29-year-olds people more than doubled between 2008 and 2009, while the percentage of celibate 18-to-30-year-old men nearly tripled. In fact, 28 percent of 20-something men reported a year-long dry spell, compared to just 18 percent of women in the same age group.

Stunning chart: the share of men under 30 who aren't having sex has nearly tripled in the past decade https://t.co/0aazxCijYP pic.twitter.com/HVVmffy7Jc

For starters, Twenge says, people are finding stable relationships later in life. “There are more people in their twenties who don’t have a live-in partner,” she tells The Washington Post. “So, under those circumstances, I think less sex is going to happen.”

Related: What’s it like to be in a gay, sexless relationship for two years? (Hint: It kinda sucks)

There’s also the boomerang effect: AS of 2014, 35 percent of adult men under 34 were still living with their parents. “When you’re living at home, it’s probably harder to bring sexual partners into your bedroom,” the professor notes.

And as much as our iPhones have given us access to Grindr, Scruff, and a slew of other hookups apps, the instantaneous access to social media and streaming video is also distracting us from other nocturnal activities. “There are a lot more things to do at 10 o’clock at night now than there were 20 years ago,” says Twenge. And to think there was a time when “Netflix and chill” was code for sex…